Rent a boat in Hvar, Croatia in a few minutes!

Rent a boat in Hvar, Croatia in a few minutes!

Hiring a boat is the ideal way to explore the hidden beauty of Hvar in Croatia. Hvar is the sunniest island in Croatia and the epitome of a Mediterranean dream. Filled with amazing sandy beaches, Picturesque bays and wonderful seaside restaurants, the Adriatic Sea is flanked by nothing but beauty. Hvar has several picturesque marinas and is one of the many islands in Croatia where you can easily find the ideal catamaran, sailboat, motor yacht or speedboat of your choice. You can directly contact the owners of the vessel for the ideal boat or simply allow a BednBlue travel expert to guide you with some suggestions.

You can book and hire a sailboat or speedboat with a skipper, or without if you have a license, and enjoy a one-day cruise to the Pakleni islands. With a motor boat you can tour various beaches in complete comfort and luxury, thanks to their fast cruising speed. With the option to book and hire a catamaran, you can arrange a family gathering, birthday party, wedding anniversary or even a romantic couple cruise. Finally, you can hire a luxury yacht where you can go island-hopping in Croatia to create lifetime experiences. 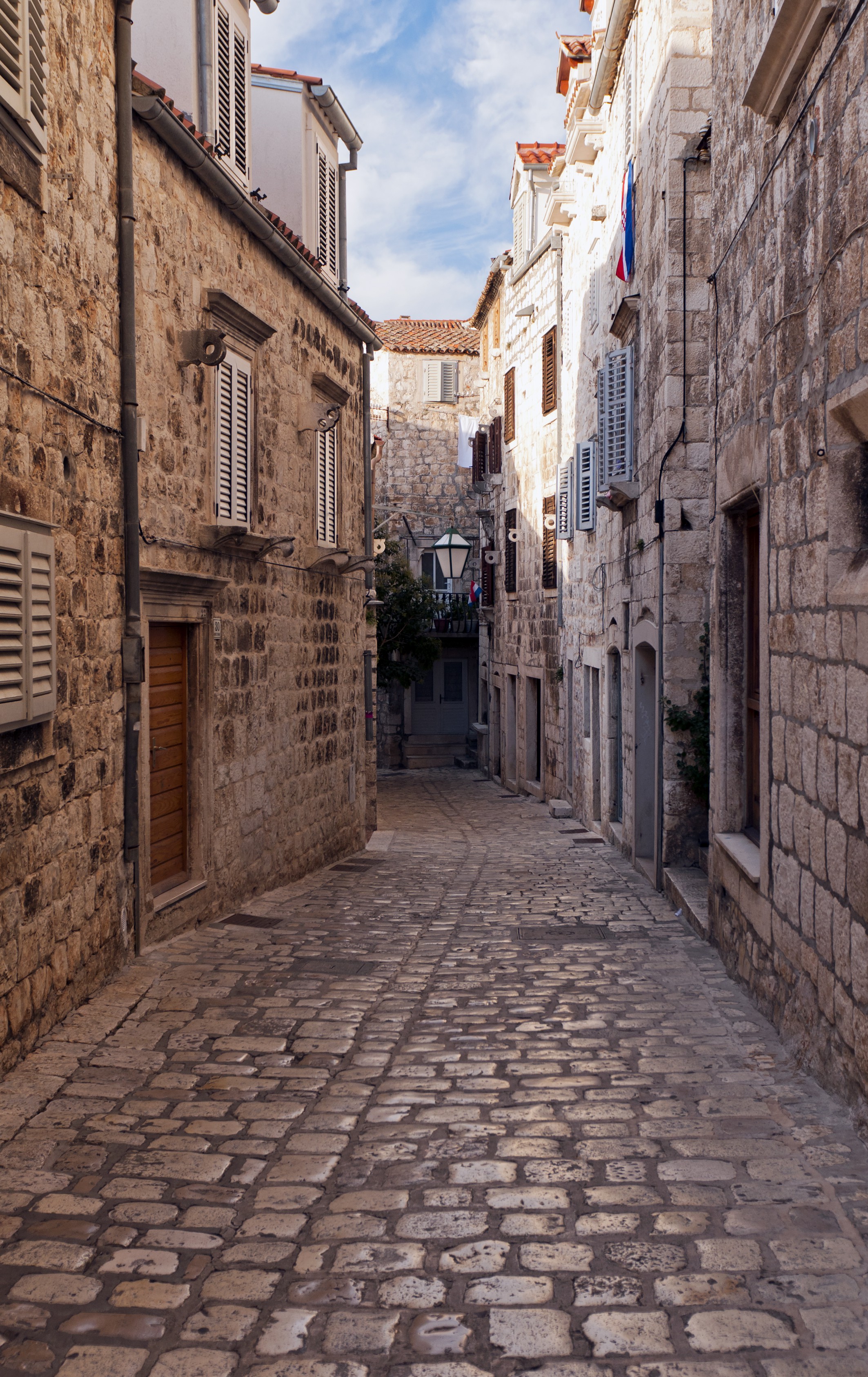 Hvar is an ancient city where each visitor will experience serenity and magic that is only found in quaint places with a rich history. When you walk past the monuments in the main town of Hvar, including Fortica Fortress, Hvar Cathedral, theatre, Arsenal, and Franciscan monastery, you will stare at the city’s history through its stones and constructions. On the other hand, Hvar is also the hub of several beaches that lie in proximity to the Mediterranean plants. Holidaymakers can bask in the sun on the coast and explore the bays situated nearby. You must check out the island chain – Pakleni otoci (Pakleni islands) to make beautiful memories. You will find several Hvar restaurants and inns, which will acquaint you with several local dishes such as fresh fish topped with homemade olive oil, and a delicious wine sourced from one of the vineyards on the Island. An outdoorsy individual will find a lot to do here- sea kayaking, sailing, and scuba diving, which will definitely be an exhilarating experience. There are several tours and activities that one can choose from in Hvar. You can either opt for half-day or full-day tours, and each of them originates at the port of Hvar to take tourists on refreshing boat rides. For a fine enthusiast, the wine tasting tours that popular Hvar winemakers offer would be a blissful experience. When you have had your fair share of historical input and sight-seeing in Hvar, you and your group will be ready for an exciting trip in Hvar with your favourite yacht you have selected from the BednBlue platform. 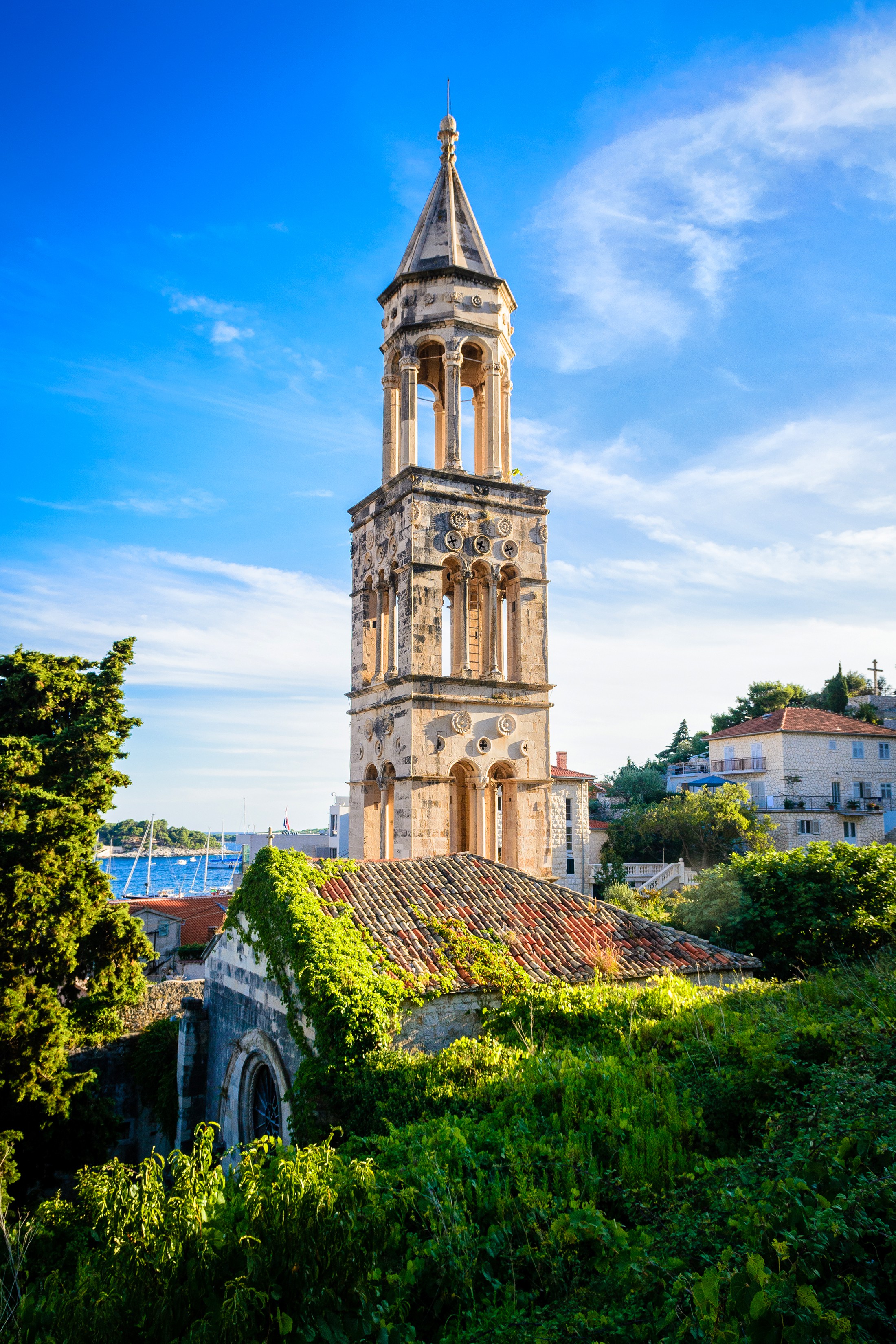 By renting a boat from Hvar port, you can visit a new bay and a beach each day. Picking up a boat will make your holiday ten times better. If you are looking for some of the best beaches in Hvar town, we recommend heading to the Pakleni Islands on a one-day cruise. However, only a few among these islands are accessible by a speedboat, which frequently takes off from the port during busy seasons. On the Island’s southwest side, there are finer gravel beaches, close to the village of Ivan Dolac, Zavala, and Milna. When you are here, you can begin your day with Green and Blue caves after taking a boat from Hvar. The next step involves visiting a scenic inlet known as Stiniva. You can either go on a swim here or just sunbathe in complete isolation. Then, visit the Blue Cave. The color of the cave can be traced back to the sunlight that enters the cave from a gap in the roof, which the sand reflects back to create a silvery-blue hue. Visit the Green Cave first, where you can take a swim and take in the emerald show in all its glory. This cave is commonly referred to as one of the most beautiful phenomena in the world. There is also the Green Lagoon situated on the Southside of Hvar, you can go for a nice swim before you go to sunbathe on Dubovica pebble bay. If you want your adrenaline to pump further, cliff jumping in Zarače is an activity you must watch out for. Then, snorkel around Red Rocks for a fun experience with a catamaran or sailboat of your choice. You can grab a bite at any of the amazing restaurants, at Palmižana sandy bay. 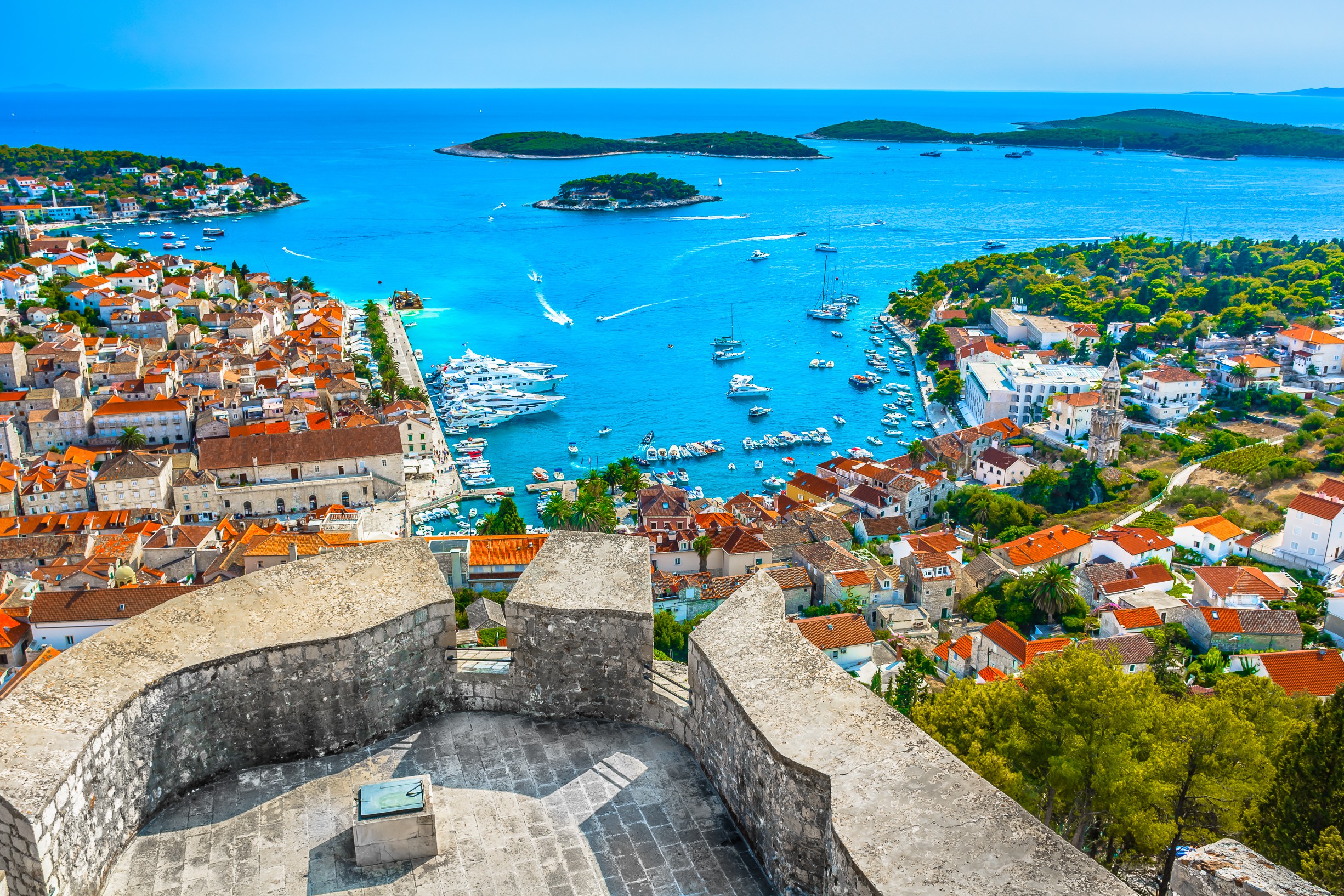 A yacht charter in Hvar can take you to the Island of Vis, which is a charming place to explore before going to the Paklinski Islands, a perfect way to make a 2-day or 3-day charter experience. Vinogradišce at Palmižana is the popular bay of the archipelago, where you can enjoy a plate of seafood at one of the sea-facing restaurants. A lot of boat rentals in Croatia often include Hvar in their itinerary, all types of vessels come here where they can explore new natural beauties and immerse in a different cultural heritage. This beautiful island is commonly referred to as the Monaco of Croatia, many luxury yachts tend to come and lots of speed boats tend to depart from Split for full day trips here. Take your chance to create your own week itineraries or one-day trips, if you prefer to go bareboat sailing, BednBlue offers several vessels where you can self-drive your way through the islands of your choice. A few islands worth mentioning nearby include, Komiza, Milna and the surrounding islands of Split such as Brac, Solta and Trogir.

Below you will find some useful information about marinas, ports and Airports for your boating holiday in Hvar.

Marina Palimzana: There are 180 berths in this marina with a maximum vessel length of 40m. The marina opens from April to the end of October and is located in the largest island of the Pakleni, on the north-eastern coast of St.Clement. A great marina for exploring secluded beaches and coves.

This marina is roughly 35 minutes from the Airport and main town of Hvar, taking a boat trip with a speedboat will allow you to anchor here in a short amount of time.

Hvar Port: Around 100m from the main town of Hvar and is filled with yachts. Since it is such a popular anchorage, you may want to relocate your boat to Palmizana Marina. This harbour is generally well protected from the northern wind.

ACI Vrboska: The marina of Vrboska is located on the north coast of the island and is filled with beautiful beaches, coves and dense pine forest in a narrow-like fjord. Occupies a berthing capacity of 119 vessels at a maximum length of 35m and generally great protection from all the winds.

The airport of Hvar is approximately 5.1km away from Vrboska Marina ( 10 min by car).

Stari Grad Port, Faros: Situated on the NW coast of Hvar and is the oldest settlement of the island. The port offers protection from all the winds except W and NW which can be relatively dangerous if you do not anchor well. There are about 60 mooring spots with water and electricity supplies for all yachts. Some facilities you can access from the port include a bank, pharmacy, hotel, supermarket and of course numerous bars, restaurants and cafes.

Port Vis:  This Port is around 9 miles SW of the Pakleni islands and visiting yachts tend to anchor here from daily trips in Split or Hvar. The island of Vis is where you can visit the blue cave as well as the beach of Stiniva- voted as one of the best in Europe.

Vis is also connected to Split, Milna and Hvar town by ferry. The distance between Hvar and Vis is roughly 24km.

Some other airports you can pick in Croatia include the one in Dubrovnik, Split and Brac. Many tourists and charters create week-long itineraries and almost always include Hvar in their bucket list.