Rent a Sailboat in Dodecanese Islands, Greece in a few minutes!

Rent a Sailboat in Dodecanese Islands, Greece in a few minutes!

Renting a sailboat is the ideal way to explore the enchanting Dodecanese islands of Greece. The Dodecanese are a cluster of islands in the Aegean Sea with endless sandy beaches, and some of the cleanest waters in the Mediterranean. There are many organized marinas where you will easily find the ideal sailboat for your trip. You can directly contact the owners of the vessels or allow a BednBlue travel expert to guide you with some suggestions.

You can book and hire a sailboat with a skipper or without if you have a license and enjoy a one-day cruise from Rhodes or Kos. You also have the option to rent a sailboat for a 3-day or 4-day charter and explore islands such as Kalymnos, Leros, and Patmos. Finally, the Dodecanese islands are most popular for week-long cruises with a sailboat, this way you can be offered a great price to explore many more destinations near Turkey such as Chios, Marmaris, or Bodrum. 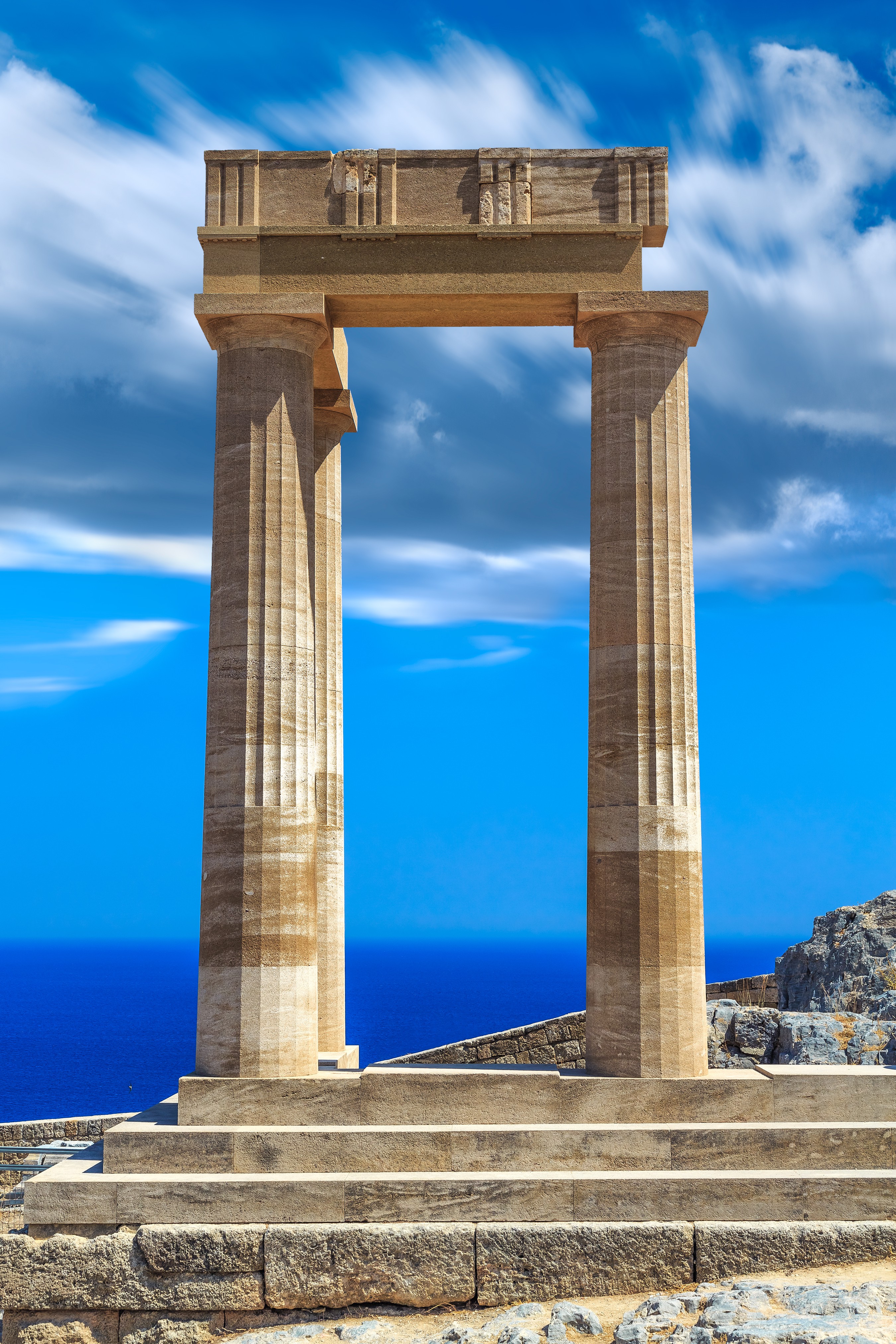 The name Dodecanese or Dodekanisa today refers to an island complex that includes fifteen main islands. These include Agathonisi, Astypalaea, Kalymnos, Kassos, Kastelorizo, Kos, Lipsi, Leros, Nisyros, Nisyros, Patmos, Rhodes, Symi, Tilos, Halki, and 93 smaller islands. Since ancient times,  the Dodecanese belonged to the complex of the Southern Sporades. The name first appeared in Byzantine sources in the 8th century, which were initially referred to as the twelve islands of the Cyclades around Delos.

Rhodes is the capital and the largest island of the Dodecanese complex. The medieval town of Rhodes is a UNESCO World Heritage Site, it is still well-preserved and remains to be a top attraction. With your sailboat charter in the Dodecanese, you can depart from Rhodes and plan a special itinerary with your family and friends. The coastline, the picturesque harbors, and the endless beaches will keep the adventure alive. Some of the best beaches of the Dodecanese are Agios Pavlos and Anthony Quinn in Rhodes, Vagia in Patmos, Agios Ioannis, Koutsomitis and Kounoupes in Astypalaia, Masouri and Myrties in Kalymnos, Kyra Panagia in Karpathos, Cavo Paradiso and Agios Stefanos in Kos, Agia Kioura in Leros, Pachia Ammos in Nisyros, Agios Georgios Dysalonas in Symi and Tiganakia in Arki. 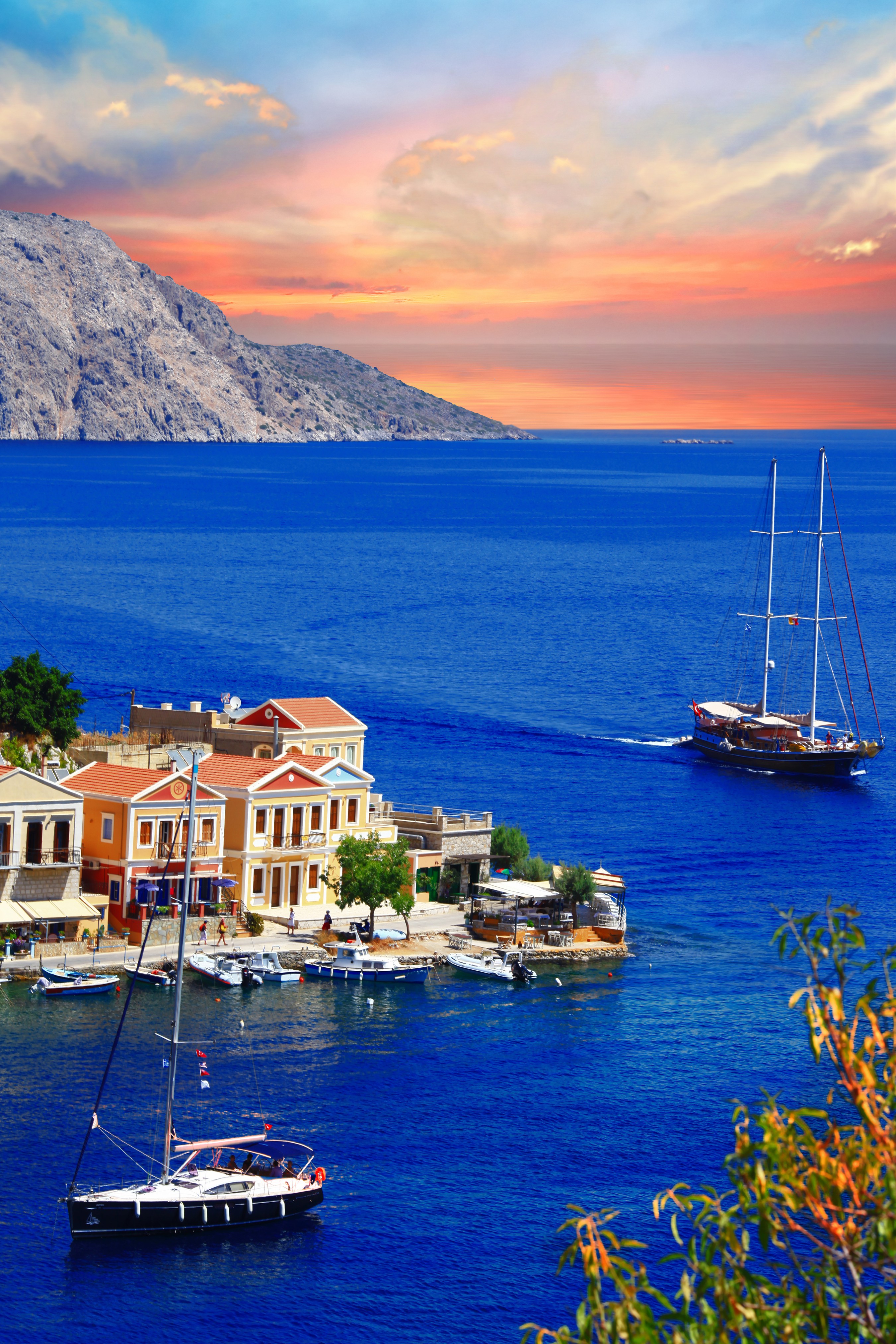 Whether you prefer the cosmopolitan Rhodes and Kos, or the lesser-known Chalki or Lipsi, sailing around the Dodecanese islands is an experience of a lifetime.

Kalymnos, Kos, and Astypalaia are also destinations that reward you with dreamy landscapes, traditional delicacies, and of course unparalleled beaches.

You are given the opportunity to organize water sports, dive in impressive underwater caves and reefs, along with rich marine life and seabed.

Finally, if you have trouble creating your own Dodecanese sailing itinerary, you can directly communicate with our travel experts who will find the best sailboat and routes according to the weather and availability of the yacht. 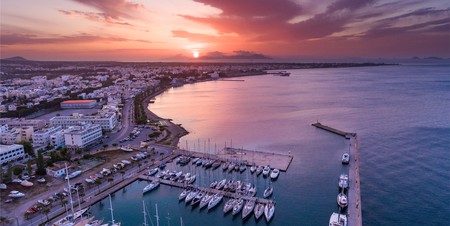 Below you will find some useful information for your sailboat rentals in the Dodecanese islands.

Leros Marina: A beautiful marina on the island of Leros which has 220 berths for boats up to 18 meters to 4 meters with fully equipped berths with water, electricity, permanent mooring systems, and free wireless internet at every berth.

Leros Marina has located approximately 10 km from the island's airport.

Kos Marina: A fully equipped and modern marina with 250 berths for vessels up to 80 meters (≈260 feet) and a maximum draft of 5 meters.

The Kos Marina is located in Kos Town and is 25 km from the island's airport.

Marina Rhodes: A state-of-the-art marina which at present has 382 berths with the prospect of 563 berths, the berthing at this marina is regulated by qualified personnel. This marina fully meets the requirements of large yachts and provides high-quality infrastructure and services. The usable depth is up to 6.5 meters and there is a possibility of berthing vessels up to 200 meters (≈ 670 feet) in length.

Kalymnos Marina: A fairly large marina that has several berths and is located in the main town of the island called Pothia. The port of Kalymnos is one of the most picturesque ports in the Aegean Sea, where you can enjoy the magnificent sunset.

Kalymnos Marina is 6 kilometers from the airport of Kalymnos.