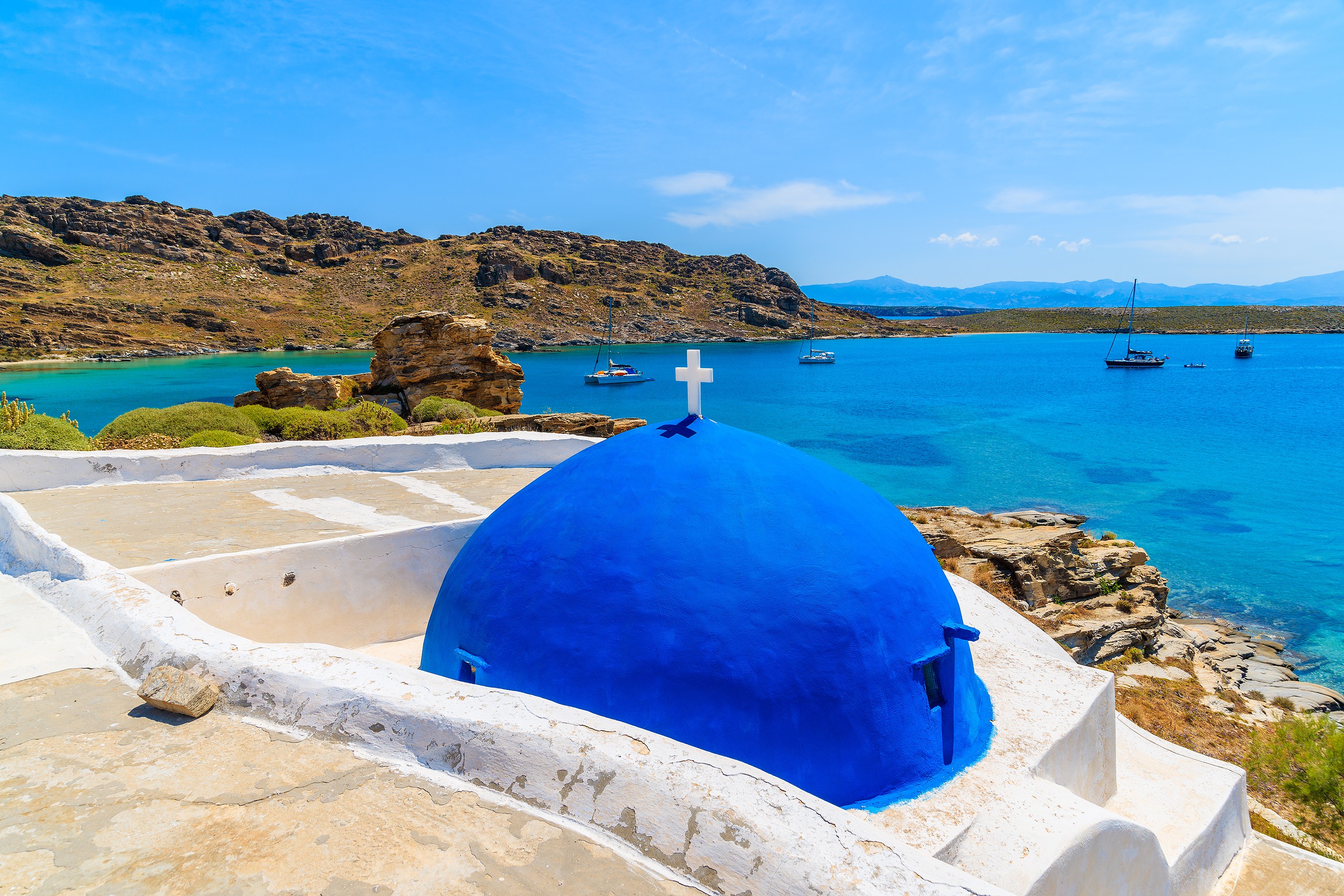 Rent a boat in Paros, Greece in a few minutes!

Rent a boat in Paros, Greece in a few minutes!

Hiring a boat in Paros is the ideal way to explore the rare beauty that shines in the center of the Cyclades complex. Paros stands out with its beautiful villages, blue-domed churches, pristine beaches, tavernas, bars and fishing harbors that line up around the coast. Take your chance with your private charter to experience the Greek Philoxenia with your family and friends as you get to anchor near the most beautiful beaches and islands of the Cyclades. Paros has an abundant set of marinas where you can find the ideal catamaran, sailboat or motor yacht of your choice. You can directly contact the owners for the ideal boat or simply allow a BednBlue travel expert to guide you with some suggestions.

You can book and hire a sailboat or speedboat with a skipper, or without if you own a license, and enjoy a one-day cruise to the island of Antiparos or Despotiko. If you rent a motorboat you can tour multiple beaches you desire with ease or visit far-reaching destinations such as Ios or Sifnos in a short amount of time. You also have the option to book and hire a catamaran for events on board including birthday parties, wedding celebrations or a romantic cruise with your special someone. Finally, you can hire a luxury sailboat in Paros and go island-hopping in the Cyclades for as many days as you wish. 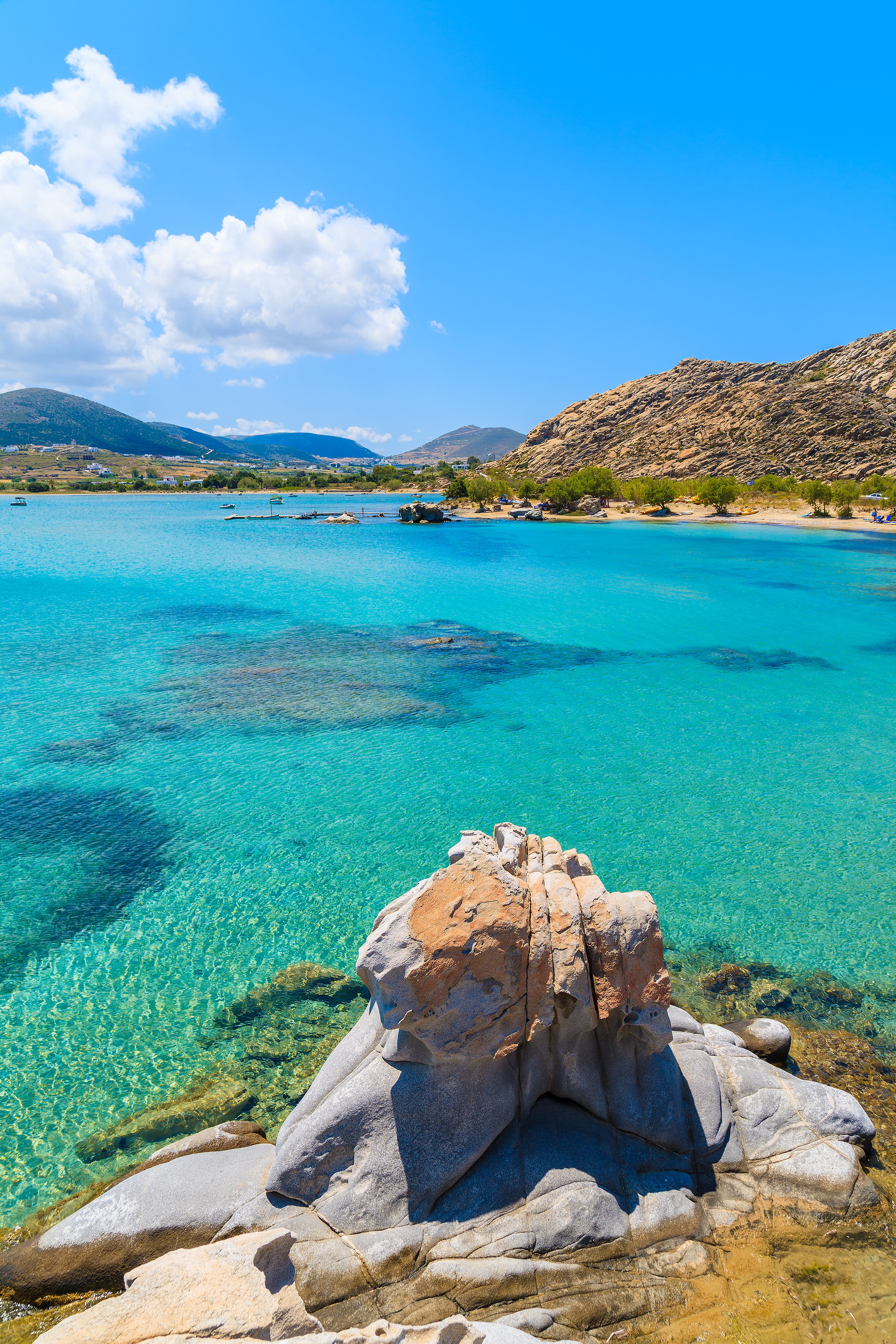 Parikia, also famous as Paros Town, is the cultural and commercial center, as well as the capital of Paros. Parikia is also the oldest settlement in the Cyclades, is full of beautiful white buildings and has a pretty big bay. From ancient times it has always been an island full of wealth, because of its natural resources. Marble was used since ancient times and is recognized globally, widely used for works of art like Venus de Milo and sculptures like the temple of Apollo in Delphi. Paros became a major maritime power in the 8th century where the island of Thassos was under their control, Parians also participated in the Crusades, Persian Wars, the Byzantine Empire, and the Independence War of Greece. The island brings lots of visitors yearly who want to stroll along the winding streets, museums, archways, architecture and visit ancient monuments such as the temple of Demeter. Beaches are also available on both sides and are just gorgeous. You will be able to view what is left from the 13th century castle named Kastro. The nightlife here is also great. The bars along the shore are a wonderful place to view the sunset. There are also a lot of outdoor cinemas and clubs which you can visit during your summer vacation. Apart from the historical sights you can visit which have influenced the culture of Paros for many civilizations, there are many outdoor activities including kitesurfing, spearfishing, windsurfing and of course, sailing. There are countless hidden coves which could be visited by a simple boat cruise. Paros has become very popular among travelers from all over the world who want to visit the rest of the Cyclades, its geographical location in the center of the complex makes it easy to navigate the Aegean Sea.

Boat rentals in Paros offer multiple day trips to nearby islands including Antiparos, Despotiko, Naxos and even Santorini. You also have the option to depart from Naoussa in the northeastern corner, a very popular place that almost feels like a pristine fishing village, it has a wonderful atmosphere, amazing ouzeri and traditional tavernas and also hosts a Pirate Festival every 23rd of August celebrating the victory of the locals from pirate invasions that were a threat in the Aegean Sea. In Naoussa bay you can hire a catamaran and enjoy traditional dancing, music, food and wine on board and also get to swim in the clear waters of kolimbithres which has many rocks forming a natural swimming pool. Santa Maria is a long beach with a couple of hidden coves, if you would like to have a relaxing time and some diving, this is a great place to visit with a catamaran or motorboat. Golden Beach and Pounda Beach are located on the east side of the island and can be accessed from Piso Livadi or Aliki Harbor, great to add to your Paros boat tours, especially for those who love windsurfing, sport facilities, beach bars and even parties, the adrenaline vibe is just perfect and has continuously brought lots of visitors from Europe. 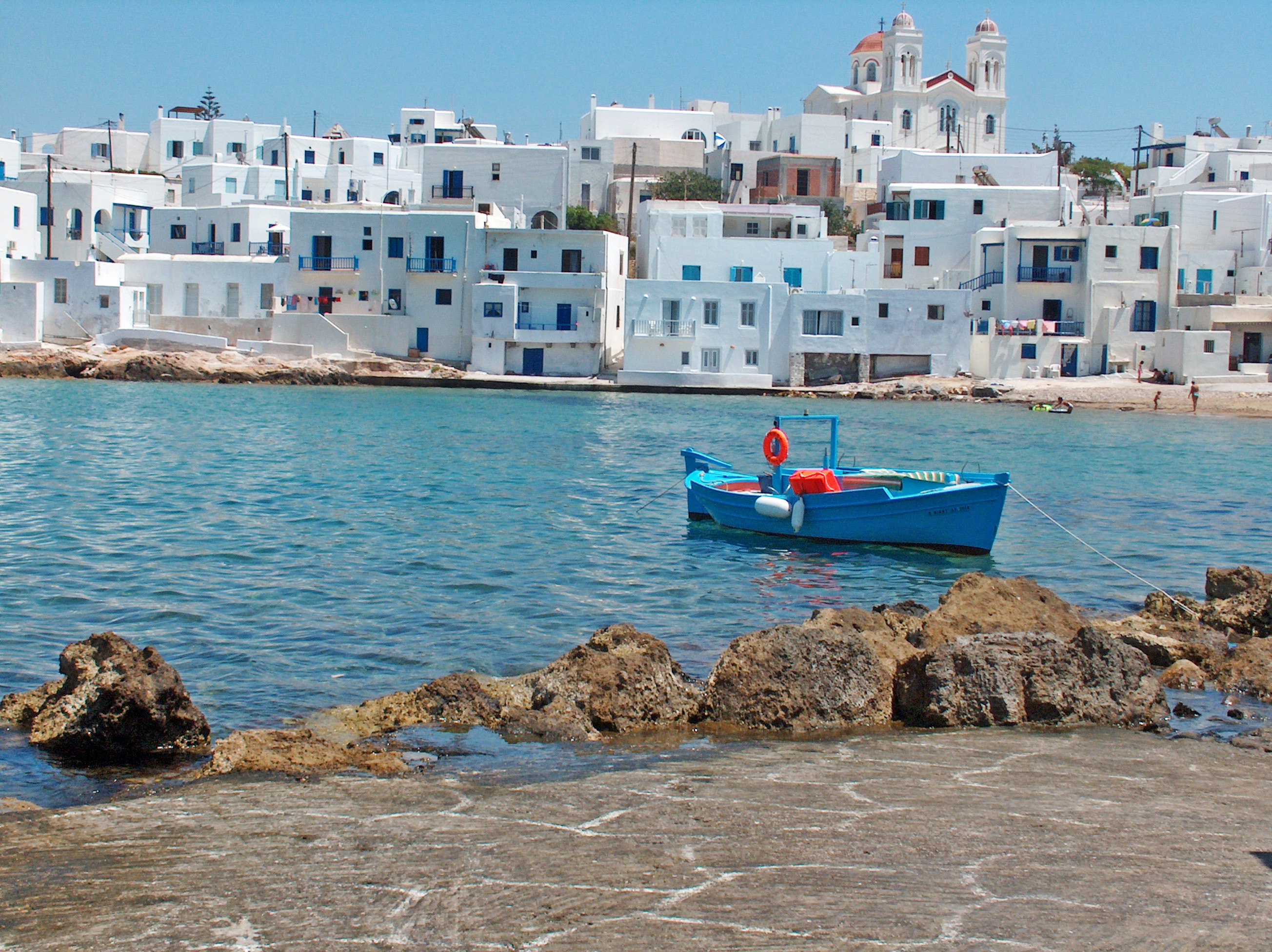 If you have decided to go on a boat trip to Antiparos which is just one nautical mile away, you will be able to wander through stunning seashores and endless sandy beaches. Some great beaches to add to your boat trips from Paros to Antiparos include Monastiria which is great for snorkeling, Agios Spyridonas which is secluded and great for those looking for tranquility and isolation, Sifneikos Gialos offering magnificent sunset views and a couple of seaside restaurants and Epitafios beach which is also only accessible by boat and can make a great stop to your sailing trip to Despotiko. Despotiko is the perfect stop for a two-day charter experience in Paros as it is a haven for sailing enthusiasts who want to anchor their catamaran or sailboat away from all the crowds and villages. Cruising around you can also reach the fine bay known as Strongilo which is protected from the winds and you can swim in turquoise waters, some great beaches you can include in your tours include Faneromeni Beach and Panagia Beach.

Island hopping trips from Paros will allow you to visit other destinations in the Cyclades including Naxos which is great for family-based fun, the island of Ios ideal for young adults and the volcanic island of Santorini which is ideal for romantic couples. Some other islands you can visit on a week charter experience include Sifnos, Serifos which invite travelers who prefer a more tranquil setting and relaxing getaway, and we cannot leave out the island of Mykonos with its cosmopolitan and luxury vibe that brings millions of visitors yearly who want to fully immerse themselves in fun adventures. Your trip can be crafted to your liking, the Cyclades islands are best explored on a week charter as there is so much to see and do, pick your favorite yacht and start exploring the Greek jewels that exist in the Mediterranean Sea. 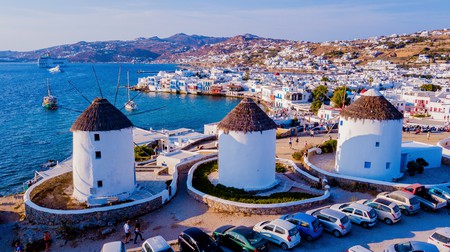 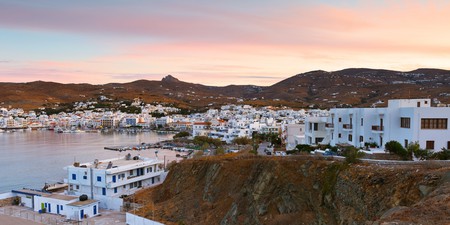 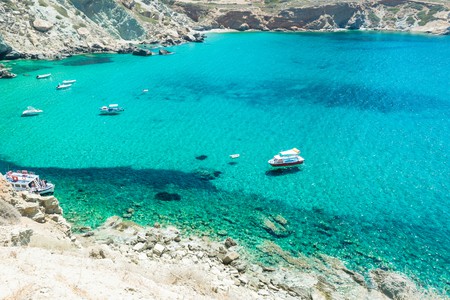 Below we have some useful information of ports, marinas and airports for your boating holiday in Paros:

Marina Aliki: Great holding for yachts and has three beaches, restaurants, bars and shops. Great for a sunset cruise since the beaches around are not overcrowded and there are a lot of restaurants nearby.

The Airport is roughly 5.2km away from Marina Aliki.

Naoussa Harbor: There are 74 mooring spots available for all types of boats with a max depth of 3m. There is electricity and water supply as well as shower facilities.

The Airport is roughly 16km away from Naoussa harbour, the road distance is 20km.

Port Parikia: Offers berthing spots for sailboats, motorboats, inflatable boats and fishing boats. There is water and electricity supply for all these boats with maximum protection against all weather conditions.

The Airport is roughly 14 min away (10km) from Port Parikia.

Piso Livadi: Can take a capacity of 30 boats with a max depth of 4m. There is water and electricity supply and generally safe berthing of fishing boats and yachts.

Paros can also be reached by high speed vessels and ferry boats from Piraeus and Rafina. Paros is also accessible from the islands of Mykonos, Santorini and Naxos that are part of the Cyclades complex.