Rent a Yacht in Paxi, Greece in a few minutes!

Rent a Yacht in Paxi, Greece in a few minutes!

Hiring a yacht is the ideal way to explore the Paxi islands, situated south of Corfu.  Due to their proximity to Corfu, the Paxi islands offer an exotic escape for yachts during the summer months. There are many hidden beaches, sheltered bays, and anchorages you can explore with a private yacht cruise to the Paxi islands. You can directly contact the owners for the ideal yacht or simply allow a BednBlue travel expert to guide you with some suggestions.

You can book and hire a yacht with a skipper--or without one, if you have a license--and enjoy a one-day cruise to Antipaxos island. You also have the option to hire a motorboat; their fast cruising speed will allow you to visit multiple beaches you desire in a short amount of time. Finally, you can hire a luxury yacht from Corfu or Parga, making sure to include the Paxi islands to your daily itinerary. 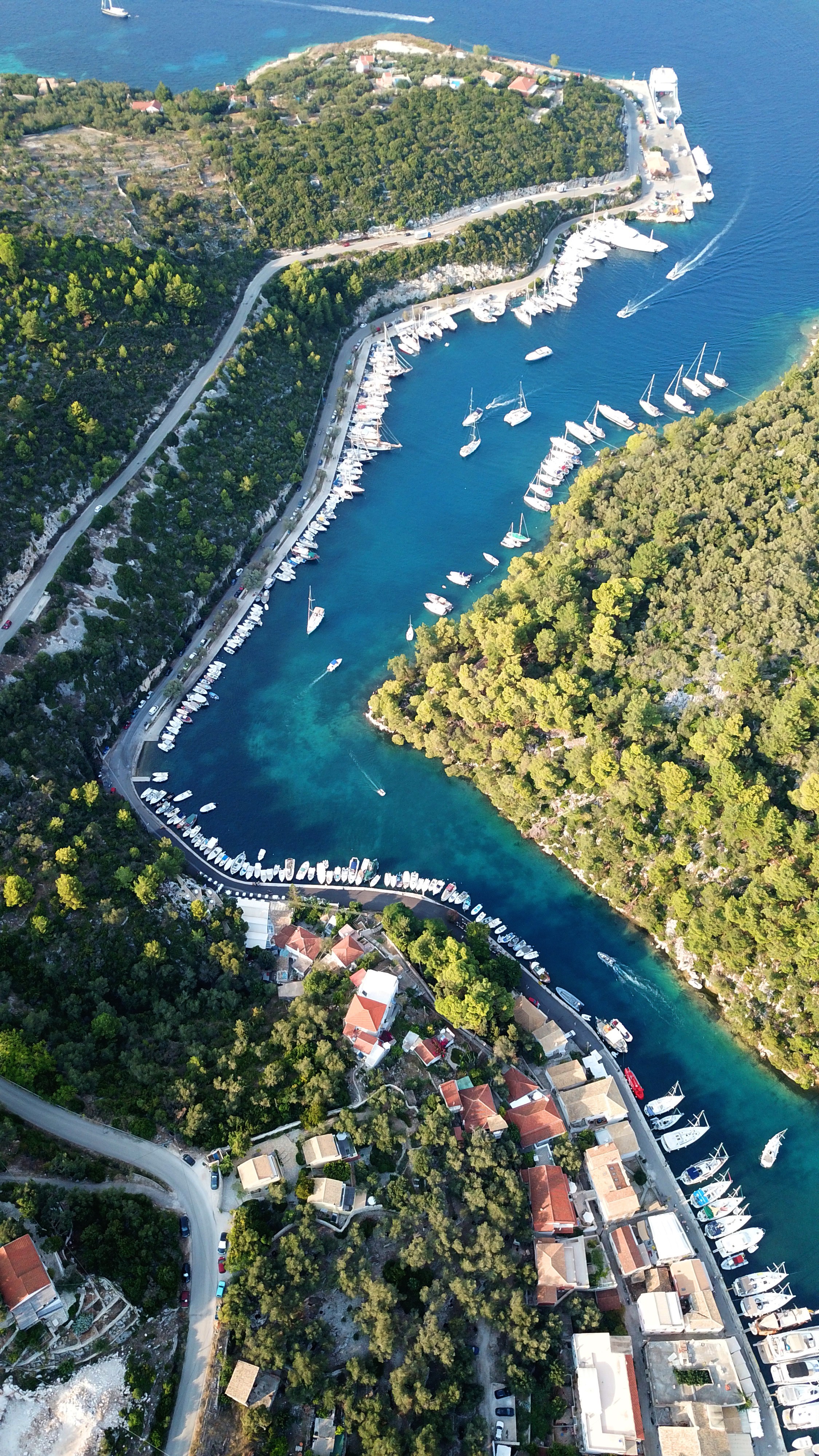 Paxos is located in the Ionian chain of islands and is 7 miles from Corfu. If you are generally looking for a cosmopolitan destination, where you would be able to enjoy the sight of luxurious villas, yachts, and some of your favorite celebrities from around the world, the Paxi islands are just right for you! The little island opposite Paxos, also known as Antipaxos, is also a very calm place; the nightlife is not extreme, and it is not overcrowded with beach bars or taverns. Paxos was the Cultural Village of Europe in 2004, and its amazing nature has always attracted couples and families who desire a quiet holiday. Some great sights to visit in Paxos are the town churches, such as Agioi Apostoli, the folklore and historical museum of Gaios, and the Venetian Castle of Agios Nikolaos. If you are up for a small trip, you can go to the beautiful villages of Lakka, Longo, and Ozia. You will see the massive fields of olive trees everywhere. Magazia also has an olive museum that used to be a mill; this tucked-away hamlet is situated between Gaia and Lakka with several wine shops and walks that lead to the famous cliffs of Eremitis, where you can catch a gorgeous sunset.

Paxos was once connected to Corfu. legend says that the sea god, Poseidon, wanted to live with his love, Amphitrite, without being disturbed so consequently, so he split the land in two. During the Peloponnesian War in 432 BC, the area between Sivota, Paxos, and Antipaxos had one of the biggest battles, having the Athens-Corfu alliance on the one hand and the Corinth fleet on the other. During this clash, the Corinthians lost 30 triremes (an ancient maritime vessel) and 70 Corfiots. A yacht cruise in Paxos and Antipaxos islands will allow visitors to move away from the crowds of Corfu, for endless moments of relaxation.

Half-day yacht trips from Corfu to the Paxi islands are also an option for our guests. The eastern and western coasts of Paxos differ in several ways. The former has smoother and more easily accessible land, while the latter has steeper hills and cliffs, caves, and domes. You can only access this part of the island by sea, starting from Corfu or Parga. A famous sight on the coast of Paxos is the Ortholinthos rock, which is a tall lone rock. This generally means upright standing rock. Its height is more than 20 meters, and it is considered a natural wonder. You will be fascinated by the Papanikolis caves that are nearby, as well. On the opposite side of Ortholinthos, you will see another magnificent rock, Petriti, and close by there is the deep-sea cave of Axai, a maze-like cave with many hidden smaller caves. 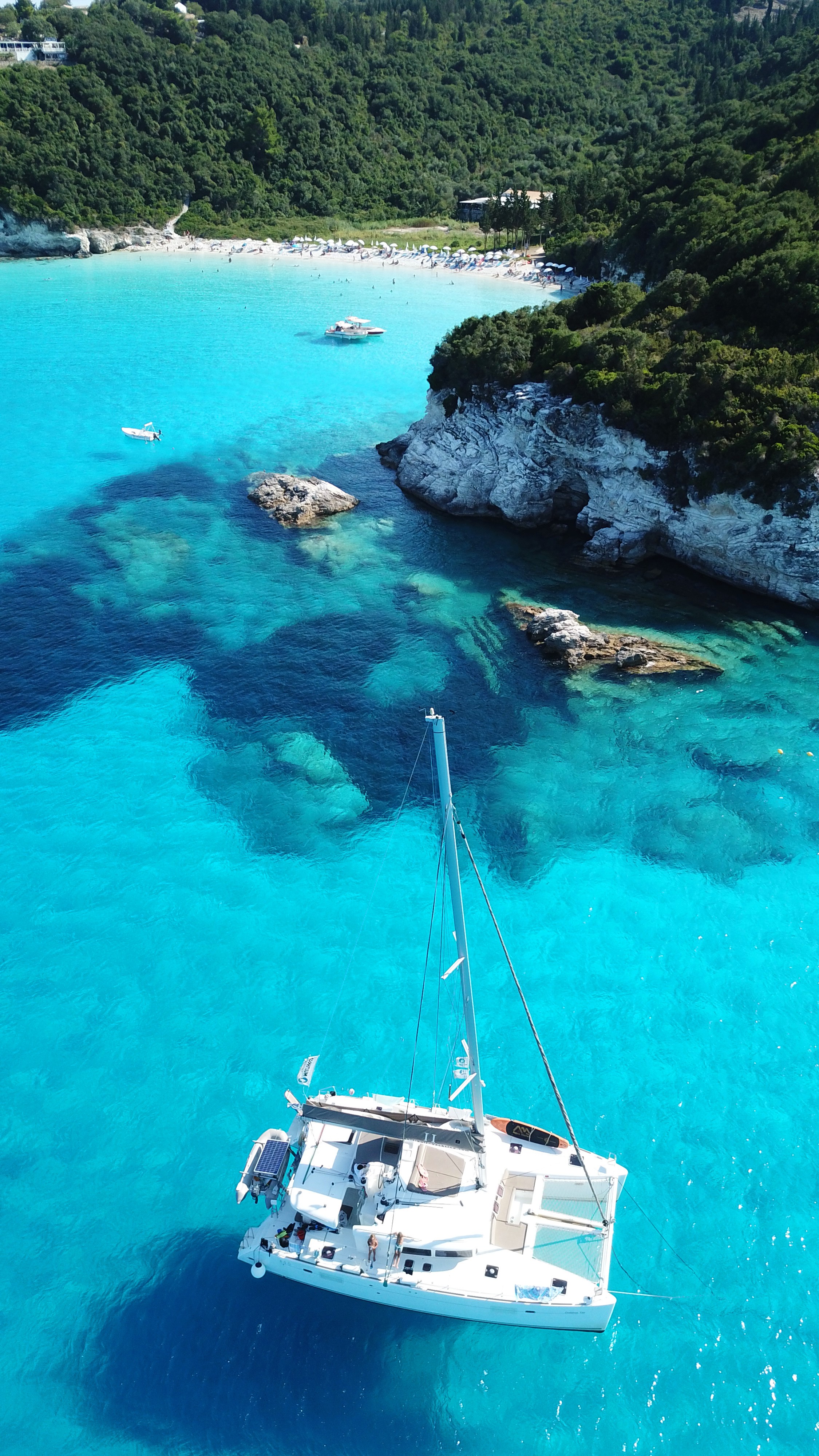 The Sivota islands are located about 12 miles away from Igoumenitsa and are on the south coast of Thesprotia. You have the option of renting a yacht in Paxos to enjoy a full-day cruise to these islands and the famous Blue Lagoon beach. This is a top swimming spot in all of the Mediterranean. Bella Vraka is also a wonderful beach in Epirus that you need to visit. Part of Thesprotia unites Sivota and Mourtenom and is a great place to take in the beautiful scenery.

The beach of Kipiadi, Vrika, and Erimitis are some recommended choices you can add to your yacht tours in Paxi. If you prefer sandy beaches, Antipaxos is the right place for you, since it has stunning beaches with fine white sand and is located only 3 nautical miles from Gaios Port. Make sure you head to the gorgeous Voutoumi beach, which has amazing sand and clear turquoise waters that will take your breath away. Being the smallest island in this area, it actually has an impressive collection of vineyards and olive groves. Nearby is the small port Agrapidia. This beach is well-known and visited by yachts from all over the world. The island of Erikousa can also be added to your private yacht cruise, unspoiled, with amazing sandy beaches and great hospitality.

For some island-hopping suggestions, you can begin with a private yacht from Corfu and immerse yourself in the exotic sceneries and turquoise waters, you can wander around the verdant and cobblestone alleys, and take in the aristocratic Venetian influence that Corfu possesses. From Corfu, you might like to head toward the Paxi islands, make several stops to Sivota on the way, and, if you wish, you may take the time to explore the rest of the Ionian islands, including Lefkada, Ithaca, and Kefalonia.

Paxos takes pride in its excellent virgin olive oil. The black wine of Antipaxos is known all over Greece and is definitely worth tasting during your stay in Greece. Some local specialties worth mentioning include the Bourdeto; a dish made with onions, olive oil, and tomato sauce mixed with garlic, and tsilihourdopita; an ideal dish for a family vacation, made with liver; it can be accompanied by wine. Paxos may be ideal for sailing from early April to late September, so you can enjoy the sunny Mediterranean climate and find a yacht that is available on the BednBlue platform; we have many guests booking in these islands, and we recommend you book a bit earlier, before the peak season hits.

Below you will find some useful information for your yacht charter in the Paxi islands.

Port Gaios:  A protected port with excellent shelter and safe overnight moorings. It can get crammed with yachts that start trips from Corfu, but it’s usually possible to find a mooring spot in the inner quays. The main town of Gaios is where you can find numerous walks, observe pine and olive groves, or even visit the Venetian castle

Lakka Harbor: Lies at the northeastern tip of the island of Paxos and is a popular anchorage spot for all types of yachts. The town has several restaurants, cafes, and souvenir shops ashore.

Longos Marina: Offers several berths ( around 5-10) and is on the east side of Lakka. There are provisions from water to electricity supplied for boat rentals and several onshore tavernas and bars.

Corfu has an International Airport and takes about 45 minutes to one hour if you book flight tickets from Athens.

There are daily services operating to the island of Paxos; you can take a boat from the harbor of Igoumenitsa, which takes about 2 hours. KTEL buses also operate from Athens to the city of Igoumenitsa on a daily basis.