Rent a boat in Cyprus, Greece in a few minutes!

Hiring a boat in Cyprus is the ideal way to explore the third largest island in the Mediterranean. From Paphos to Larnaka, the unique coastline is ready to be explored by a yacht of your choice. Any moment you can go ashore and see how ancient Greek and Byzantine history has blended with the Venetians and Romans and returning to your yacht you can explore many coves, beaches and peninsulas of Cyprus. Cyprus has 5 excellent marinas where you can pick the ideal catamaran, sailboat or motor yacht of your choice. You can directly contact the owners for the vessel you desire or allow a BednBlue travel expert to guide you with some suggestions.

You have plenty of available options for sailing:

You can book and hire a sailboat or speedboat with a skipper, or without one if you have a license, and enjoy an one-day cruise to the blue lagoon in the Akamas peninsula or the sea caves in Paphos. You can also hire a motorboat for a romantic sunset cruise in Limassol or book a catamaran to enjoy a private party in Ayia Napa. Finally, you can hire a luxury sailboat in Northern Cyprus and explore the beautiful coastline of Kyrenia and the endless beaches for multi-day trips. 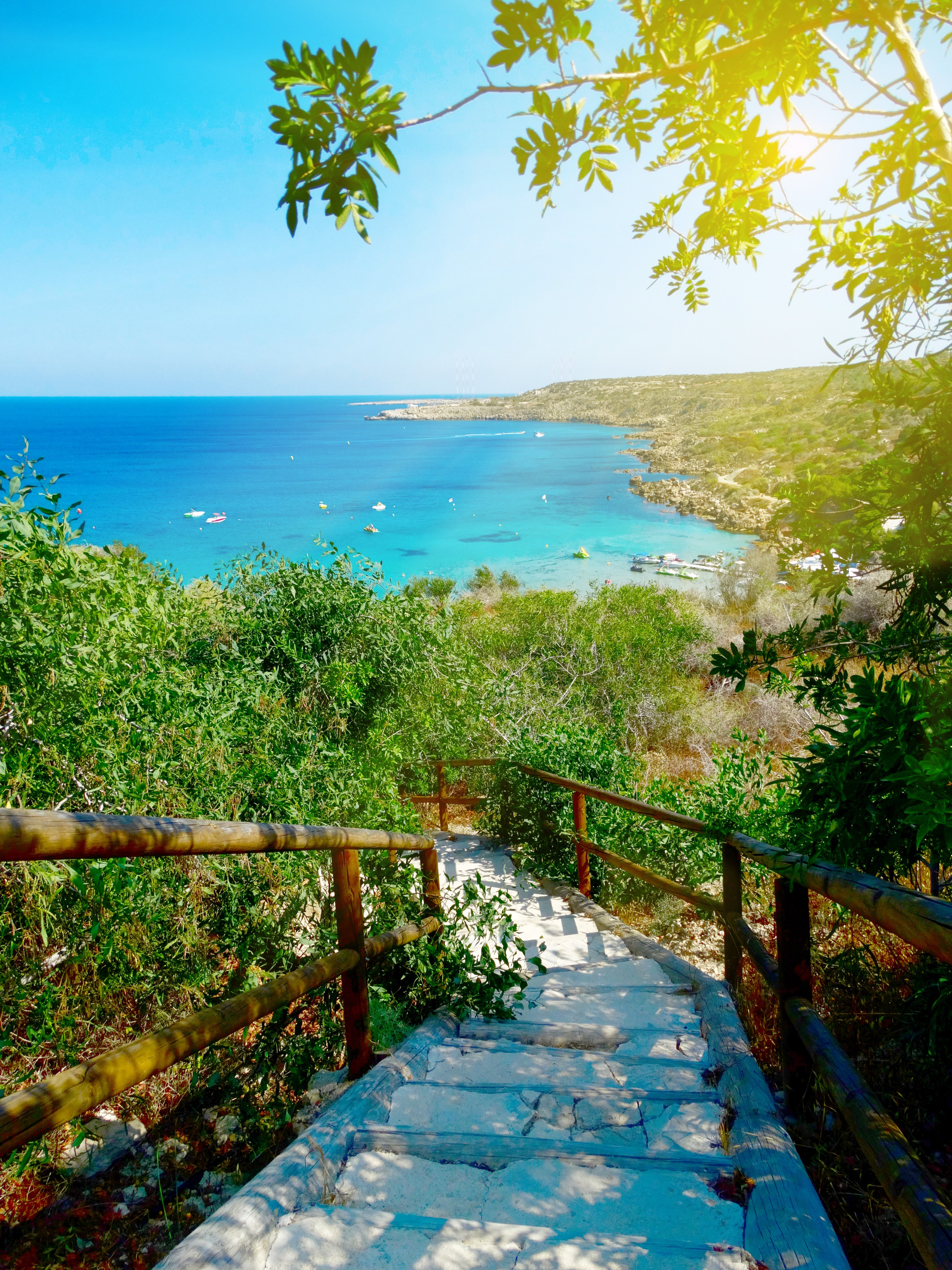 Marking a piece of land at the crossroads of three continents (close to Europe, Africa and Asia), Cyprus offers superb sailing conditions all year round. With 340 days of sunshine throughout the year it is the ideal place for outdoor sports and of course, sailing. If you are tired of the sea and want to get your feet back on dry land, there are countless things you can do and sights to see in the towns of Cyprus.

Nicosia is the capital of the island and you can spend time visiting the museum for archaeological finds or visit the Saint Sophia Cathedral. Paphos is a coastal city southwest of Cyprus included in the official list of UNESCO world’s heritage and its history dates back to the myths of the goddess Aphrodite who was worshipped for many centuries.

According to the legend, the goddess of love and beauty, Aphrodite emerged from the sea in Paphos and today whoever swims around the rock named ‘Petra tou Romiou’ three times will have various blessings and luck. You can also visit the Tombs of the Kings in the district of Paphos today which has impressive ancient greek pillars from the Neolithic period.

Limassol is the most touristic destination in Cyprus with the largest port on the island. Limassol was historically the center of wine trade and the port was used to export all kinds of wines and spirits. In Larnaca you can enjoy the palm-tree seafront and visit the church of Saint Lazarus. If you want to see more than just harbors and beaches in Cyprus, then definitely spend time to see some beautiful villages. The Troodos Mountains that make up most of the hinterland of Cyprus are simply stunning and the painted churches of the mountains offer some of the best Byzantine frescoes you will ever see. 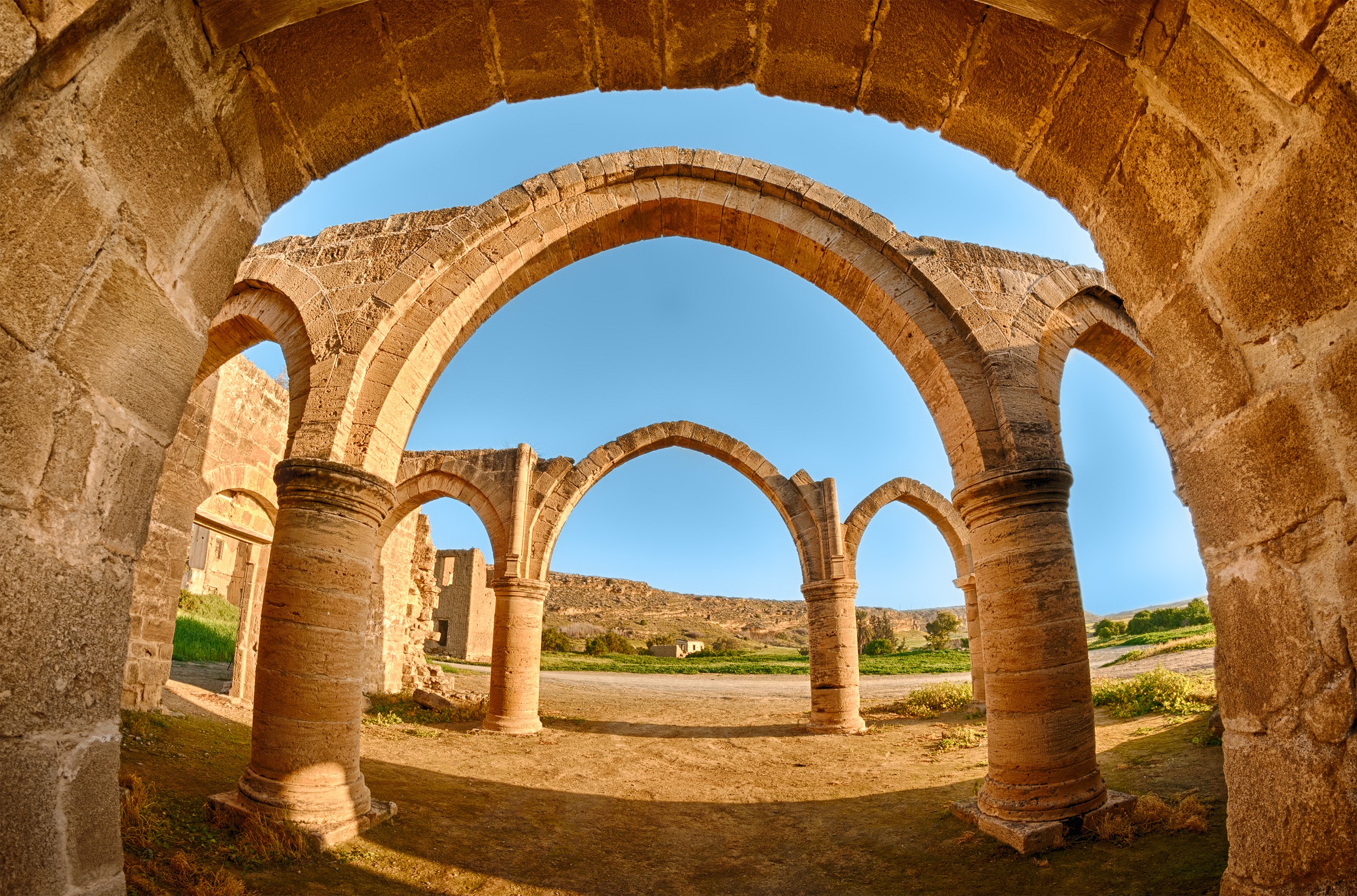 Boat hire in Limassol trips start from the main marina and offer visitors spectacular day cruises. You can start from the port and head to Akrotiri to enjoy the remarkable scenery or stop for a swim. You have the option to cruise towards Ladies Mile Beach which has calm waters and many more incredible beaches which are awarded the Blue Flag status for their cleanliness and pristine waters. With a yacht you will be able to visit Zapalo Bay or the enchanting hidden beach at Cape Aspro which has impressive white rocks that reach up to 200 meters in height!

If you choose to visit one place in Cyprus it must be the blue lagoon of Paphos which can only be accessed by boat. A boat to blue lagoon from Latchi takes roughly 30 minutes and is best visited by a catamaran since you can enjoy swimming and snorkeling in the shallow lagoon. The waters are crystal-clear and you can even spot a fair amount of fish on the bay's seabed. If you are visiting the Akamas area you must take the chance near Latchi to go swimming in the Baths of Aphrodite which has magnificent wildlife and without a doubt the waters will cleanse your soul. Paphos is also known for its sea caves which is a wonderful stop during a boat trip in Limassol, you can spend time snorkeling within beautiful natural rock formations. 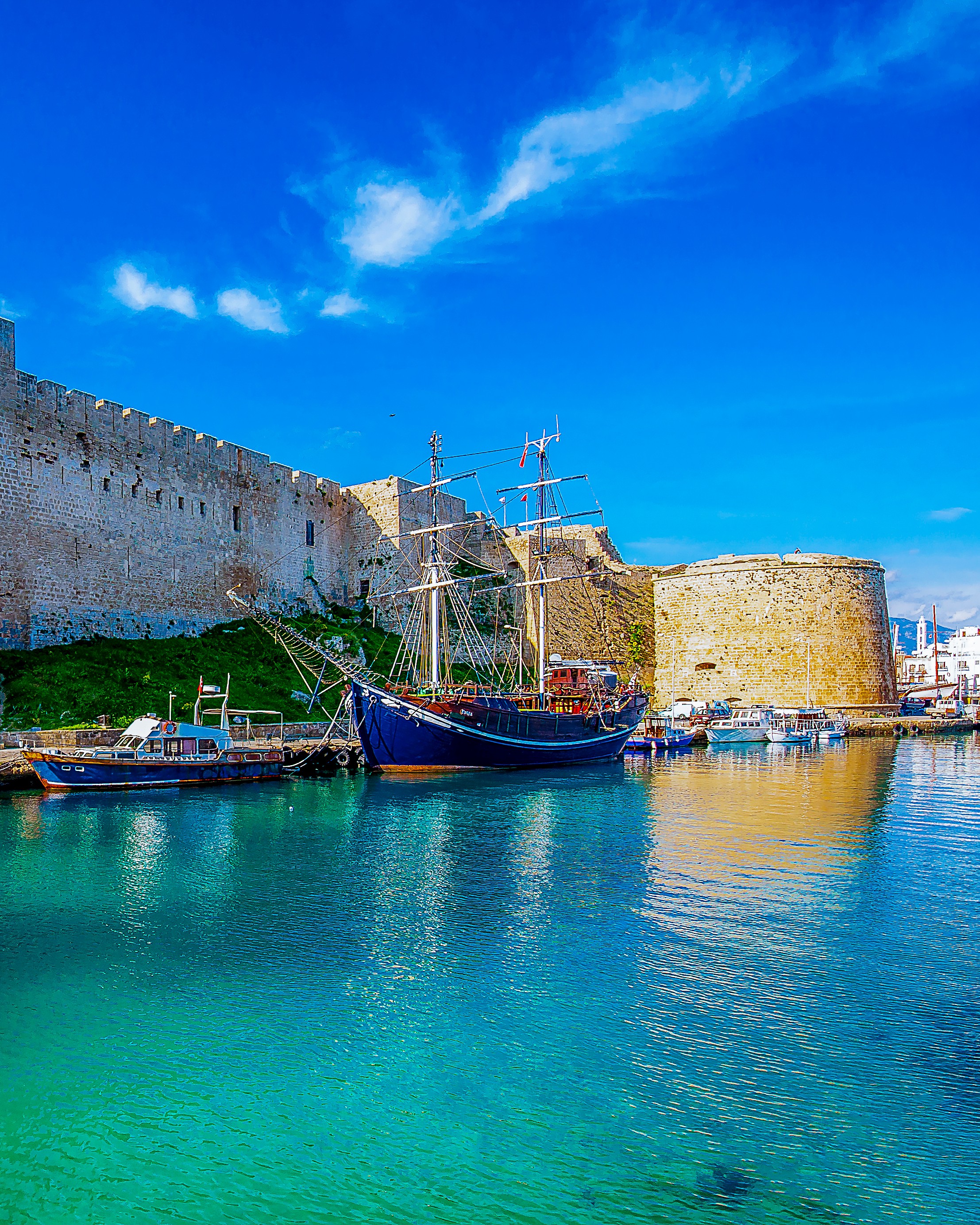 Cyprus has countless beaches, a few worth mentioning include Nissi beach which is the perfect spot you can go diving with its many caves and natural beauties.The beach of Makronissos is also famous for watersports and its family-friendly vibe and is in close proximity to the WaterWorld themed waterpark which brings lots of visitors.The famous beach of Ayia Napa is one of the most famous party spots in the world, if you hire a catamaran in Cyprus you can spend a wonderful night by the beach or have fun in the night clubs with some of the top international Djs. Some of the most favoured boat trips from Ayia Napa include a voyage along the east coast of Cyprus where you can reach the popular resort of Protaras, the Cape Greco nature reserve is a little further with enchanting rocks and sea caves where couples can get married on board a yacht. By renting a boat in Cyprus you can go from beach to beach and to many areas that cannot be accessed otherwise, take your time to treat yourself to one of the best days out in the sea with a cruise that is guaranteed to uplift your senses.

Kyrenia boat trips in Northern Cyprus will always give you the option to partake in an array of watersport activities and tour various bays and beaches. Escape Beach is located just 5 nautical miles from Kyrenia and will give you the chance to get away from the bustle of the town, the anchorage is great for sailboats as it is protected from winds. Other great beaches to tour in Kyrenia include Alagadi Turtle Beach and Golden Sands where sailors may have a whole beach to themselves and they can navigate the Karpaz peninsula with ease. Several other great anchorages include Kaplica bay where you can go dip in refreshing waters, and Karpaz Gate Marina makes a great stop for entertainment before you continue your cruises in Northern Cyprus.

Limassol Marina: Limassol has 650 mooring sports for yachts and near the marina there are many shopping centers.

Ayia Napa Marina: offers top yachting facilities and services and is constantly being updated to accommodate more berths. Currently at a 600 berthing capacity and offers many luxurious residencies.

St.Raphael Marina: The marina is situated in Parekklisia237 berths for yachts in total up to a length of 30m. Boats depart from here and make stops to Episkopi Bay in Pissouri before they reach Paphos.

Larnaca Marina: the marina has berthing facilities for 450 yachts at a depth of 3m. The marina has all-round shelter from winds. All the required amenities for a top marina and additional facilities include parking space for 700 cars and a spa and fitness club.

Karpaz gate Marina: holds a capacity of 296 berths, an amazing marina with beautiful scenery that gives access to a lot of beaches in Northern Cyprus.

Paphos harbor: a bustling harbor that occupies a space for 600 berths, with a large selection of bars and restaurants. The medieval castle of Paphos is situated at the edge of the harbour and was originally built to protect it in Byzantine times.

Latchi Harbor: has a berthing capacity of 350 vessels. Boat trips depart from here and go to the blue lagoon in Akama which is nearby. There are also some good choices of eating here.

Cyprus has two international airports one at Paphos and the other at Larnaka. The Paphos harbor is nearly 40 minutes from the airport. British airways fly to both.