Rent a Yacht in Šibenik, Croatia in a few minutes!

Rent a Yacht in Šibenik, Croatia in a few minutes!

Hiring a yacht is the ideal way to explore Sibenik. Situated between Zadar and Split on Croatia’s Dalmatian coast, Sibenik is a wonderful town and gateway to more than 300 islands. There are several picturesque marinas, where you can easily find the yacht of your choice. You can directly contact the owners for the ideal boat, or simply allow a BednBlue travel expert to guide you with some suggestions.

You can book and hire a yacht with a skipper--or without one, if you own a license--and enjoy a one-day cruise to Zadar or Split. With the opportunity to rent a motorboat, you can tour various beaches in Vodice and Tribunj in a short amount of time or explore the Kornati islands on a two-day cruise. Finally, you can hire a luxury yacht and visit further-reaching destinations, such as Hvar and Dubrovnik for a week or two. 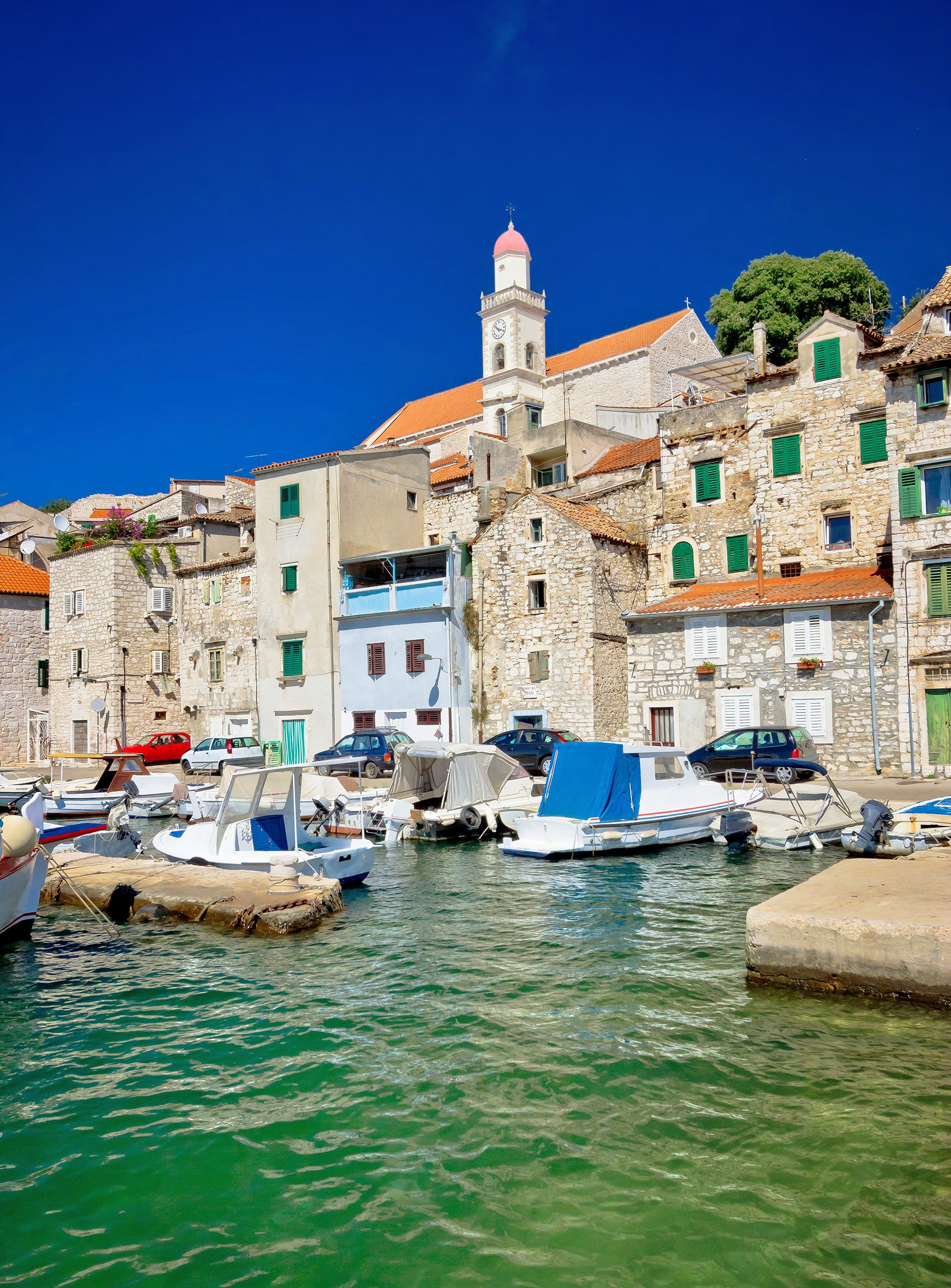 One of the jewels of the Croatian Adriatic Coast, the city of Sibenik is an astonishing destination, with an overwhelming number of things to see and do. Featuring exceptional cultural heritage and an incredibly beautiful natural setting, the city also provides a mesmerizing sailing experience. The nearby places to explore along the coast and the islands of Croatia are quite unique and enticing. But before renting a yacht in Sibenik and starting a sea journey, there are also a few amazing attractions to explore right in the city. The best way to reach it is by plane through Split or Zadar and then continue by bus or car along the coast. Sibenik lies in a marvelous location at the foot of the Krka River and is protected by a narrow channel towards the sea.

The most famous monument of the city is definitely the Cathedral of St. James, listed on the UNESCO World Heritage and built over the course of a century, starting from the 14th century. The combination of Gothic and Renaissance architecture, as well as the interior mosaics and statues, are truly spectacular. Another interesting attraction of Sibenik is the medieval Michael’s Fortress, overlooking the city and the sea from a small hill. The remote St. Nicholas’ Fortress is built on a small peninsula, protecting the entrance into the bay. Other sights of Sibenik include the Barone Fortress, St. John’s Fort, the Aquarium, the San Lorenzo Monastery, the Aquapark, and several small beaches. On top of all these, the unbelievable Krka National Park, with its surreal waterfalls, is just a stone throw’s away. 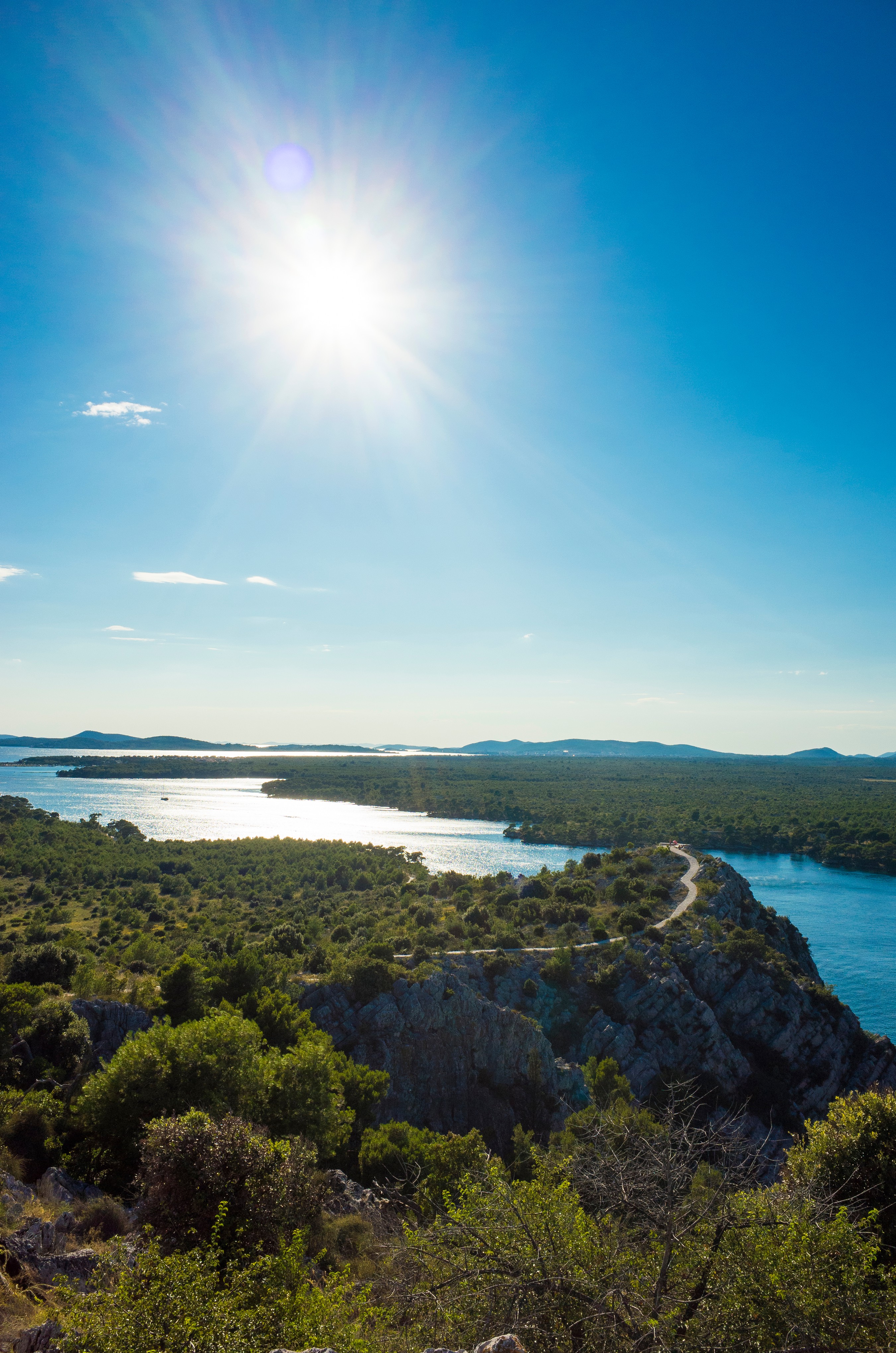 Any traveler who arrives in this city should also consider a yacht charter in Sibenik and explore the marvelous destinations along the Adriatic Coast, with a wealth of medieval towns, idyllic beaches and enchanting islands. Sailing is definitely one of the most inspiring experiences while visiting Sibenik, since it offers an overwhelming number of destinations to uncover. With a motorboat, you can spend a half-day cruise to Tribunj and Vodice. On your way towards Vodice, you can access the pebbly beach of Bristak, the longest beach of Tribunj. It’s a well-equipped beach with a pleasant ambiance for families and children to have fun in the sun or enjoy a lazy day by the sea. Tribunj is a fishing village near the town of Vodice with some of the cleanest beaches in the Adriatic.

Along the coast, the most fascinating destinations to include on a motorboat charter in Sibenik, include the towns of Primosten, Trogir, Split, Biograd na Moru, or Zadar, to name just a few. For longer adventures, there are other options to consider, including destinations like Dubrovnik, Rijeka, Rovinj, or even wonderful cities along the Italian coast. Nevertheless, there are hundreds of magical islands nearby, and their secrets can easily be revealed. You can also tour the Kornati islands on a skippered yacht. Everywhere, travelers can moor their boat in a peaceful and remote cove and have it all to themselves to relax or try snorkeling, for example. There are a few options to rent a yacht in Sibenik, and each one offers a pleasant and exciting way to either explore the various sights or simply find a few secluded coves and beaches, enjoying the peaceful atmosphere and the astonishing Adriatic Sea. 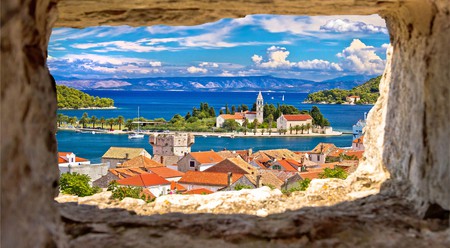 Below you will find some useful information regarding your yacht charter in Sibenik.

D-Marin Mandalina Marina: A well-protected marina at the bottom of Sibenik channel bay. Offers 429 berths with all amenities for catamarans, sailboats, motorboats and even super yachts.

The nearest airport is Zadar, roughly an 1-hour drive away (85 km) to Mandalina marina.

Solaris Yacht Marina: A well-protected marina near Krka and Kornati national parks, as well as of numerous islands in the Sibenik archipelago. Offers 180 berths for yachts year round. There are electricity and water supplies, a supermarket, and a restaurant nearby.

The closest Airports to Solaris Yacht Marina are Zadar and Split, 50 km away.

Marina Zaton: On the southwest side of the Bay of Zaton and on the sea route towards the Krka National Park. A well-protected marina with a total of 30 berths. There are shops, an ambulance, a fire department, restaurants, and bars nearby.

Marina Zaton is roughly 10 km away from Sibenik city and an 1-hour drive from Zadar and Split Airport.

Marina Zlarin: Zlarin is the third-largest island of the Sibenik archipelago and is famous for diving. This marina offers approximately 20 berths for yachts that are of moderate size. There are water and electricity connections, Wi-Fi access, a pharmacy, and restaurants nearby.

The distance between Zlarin and Split Airport is roughly 40 km.

ACI Marina Vodice: A favorite spot for boaters with 383 berths for all yachts. The marina is located in the town of Vodice itself, which welcomes thousands of visitors yearly and is perfect for daily excursions to the Sibenik Riviera. There is a car park nearby, a fuel station, and Wi-Fi.

If you take the highway, the travel distance is approximately 45 minutes to Vodice from Split Airport (63 km).

ACI Marina Skradin: Situated on the mouth of the Krka River. It is a top marina for boaters who want to enjoy a day cruise to the National Park. It’s a pleasant town with great atmosphere and a total of 153 berths for yachts. Not only that, but it’s open all year round. Skradin also has a good highway connection towards Zadar and Rijeka.

ACI Marina Skradin is approximately 55 km away from Zadar International Airport and 76 from Split Airport.

Marina Pirovac, Tisno: Offers 200 berths for yachts with electricity and water supplies. The staff is professional, friendly, and operates 24 hours a day to maintain security.

The nearest airport is Zadar, which is 50 km away. Split is 70 km away.

Marina Hramina, Murter: Offers 370 berths with water and electricity supplies for all yachts and guests. There is 24-hour security, a vessel-repair service, and restaurants nearby.

Zadar International Airport is the closest airport to Marina Betina, roughly 60 km away.