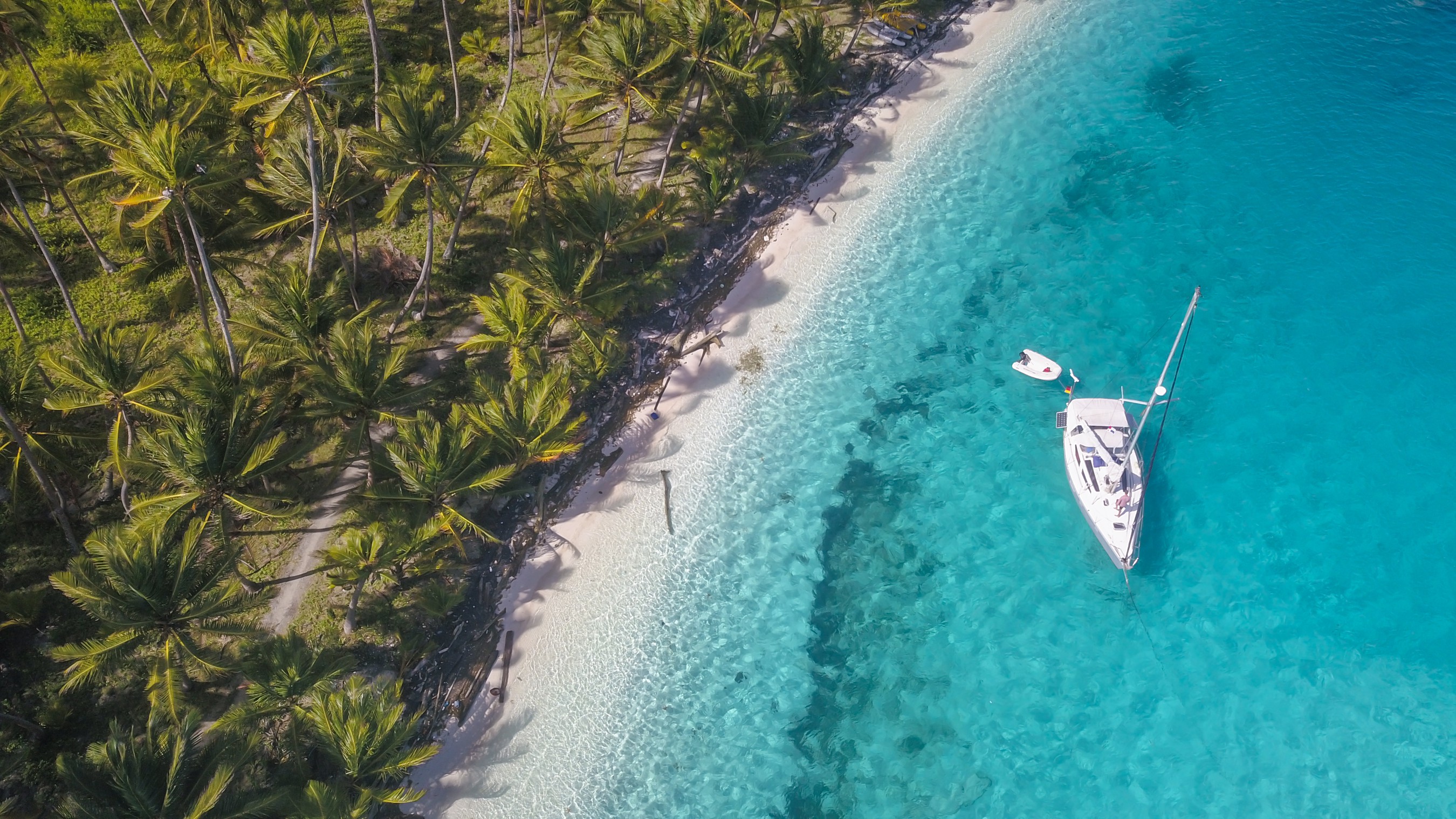 Rent a boat in a few minutes!

Rent a boat in a few minutes!

Boat rentals worldwide have experienced a growing interest among sailing enthusiasts. The main benefit of this service is that you can personalize your trip according to your needs and expectations. Since there are numerous yacht rental opportunities, you can enjoy a hassle-free vacation in no time. No matter if you plan to sail by yourself or with a captain on board, such adventure can bring up unforgettable memories. Since there are plenty of boat rentals worldwide, you can easily find your ideal catamaran, sailboat, motor yacht, gullet, fishing boat or speedboat of your choice. You can directly contact the owners of the vessels or simply allow a BednBlue travel expert to guide you with some suggestions.

A boat rental trip offers holidaymakers the magnificent option to discover hidden beaches, uninhabited islands, marine life in varied seabeds, ecological and national parks, and many secluded coves and anchorages. You can organize and host your own party, partake in watersport activities, and navigate shallow or deep waters for swimming and snorkeling experiences. By renting a catamaran or luxury yacht you can also arrange a family reunion, schedule a corporate charter, plan a wedding anniversary, or experience something completely different such as a wildlife cruise or a shipwreck tour.

Whether you’re hoping to go island-hopping in Greece or Croatia, whale-watching in Tampa Bay on the coast of Florida, cruising the French, Italian, or Turkish Riviera, or exploring locales like the Bahamas or the Caribbean in a whole different way, our yacht charters will bring alive an experience you never thought was possible. 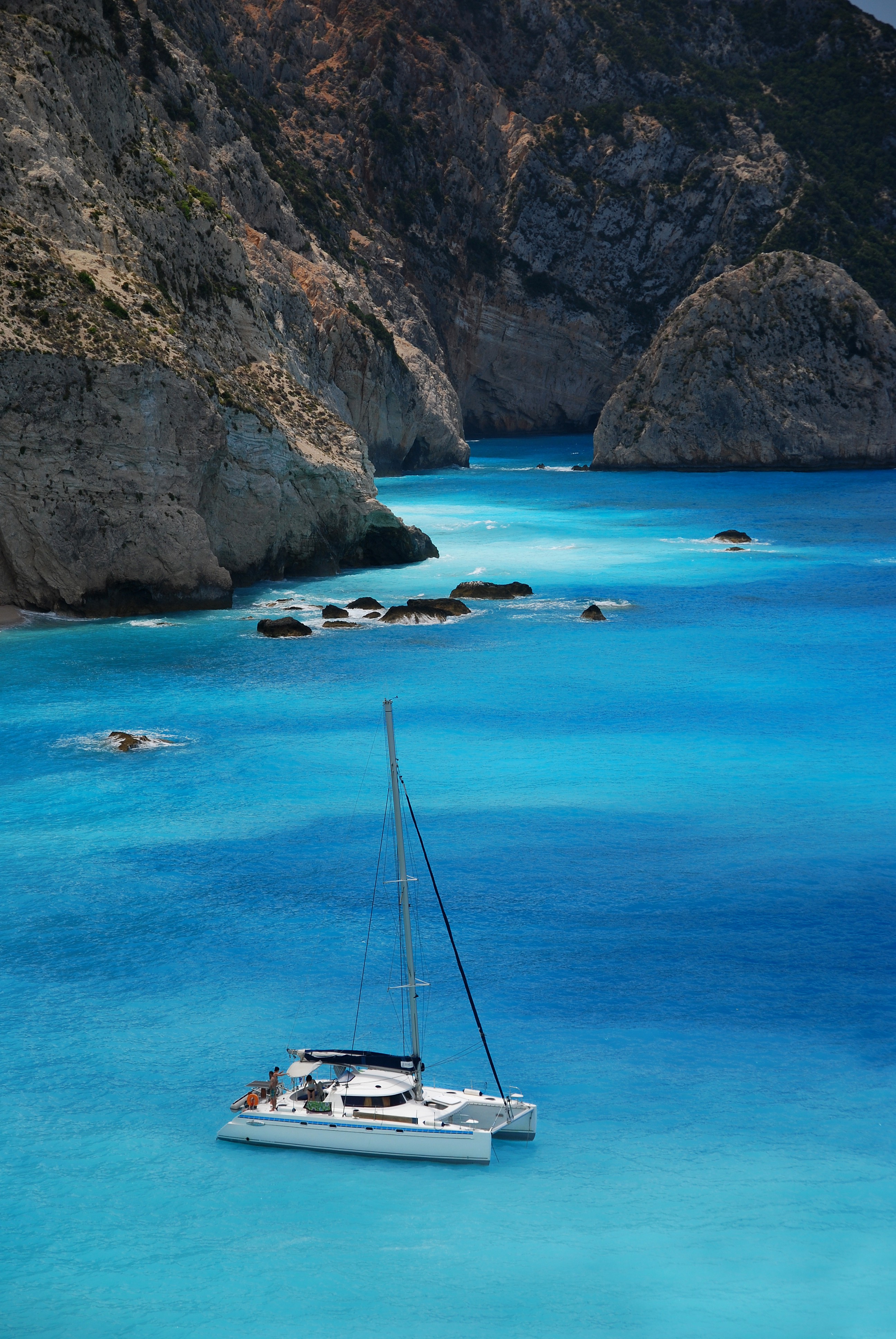 There is no sure way to pinpoint how sailing came to life. There are mentions of European sailors since the Minoan age in Greece. Traders used to trade copper and bronze by sailing the Mediterranean coast, but one of the first recorded stories of western sailing was that of Odysseus or Ulysses. The poem Odyssey by Homer is a compelling description of the Trojan War years. Yet, we can easily notice that sailing was more than a necessity. It was a skill that could help one discover the world. As technology got better, sails started to be cut distinctly. It was a long process that took centuries to unfold. Innovation and creativity are what helped people put the basis of the sailing ship we know today. The Dutch were the ones who contributed the most to the process. They created small and fast boats, used to chase pirates and criminals. These were named “jaghts,” a nickname, which we still use today. This Dutch word can be translated as “friends out just for pleasure.

Sailing is a key point in history. It aided civilizations to prosper and develop and discovering new land was astonishing. Some historians say that sailing was the bridge the community needed to evolve and expand. Today, a sailing holiday is a golden ticket to another world. A gorgeous way to spend your time off surrounded by a fantastic atmosphere. Anchoring in idyllic bays or swimming in azure waters can turn out to be more mesmerizing thank you think. With your favorite boat from the BednBlue platform and your selected destination, you can start a personalized vacation as you please. 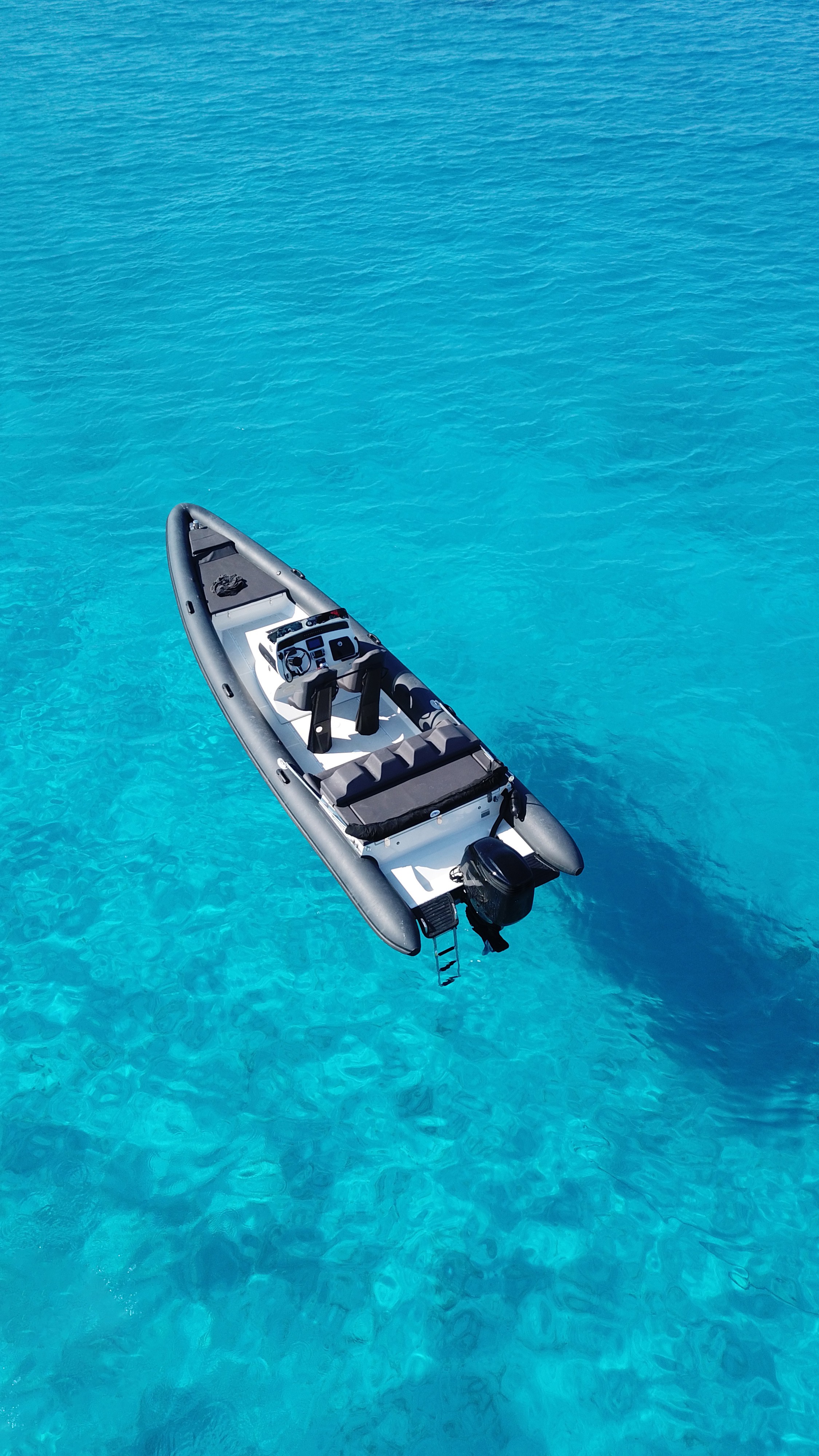 The Top Sailing Destinations In The World

There are several top sailing destinations in the world you can choose from. You can enjoy several blissful days while exploring new destinations. Having a captain onboard your boat can contribute to a stress-free experience, but you can always choose to go bareboat. Sometimes, it can be challenging to pick only one destination. And this might be the reason why sailing trips are increasingly popular. Greece, Croatia, Sicily, the Caribbean, or the South Pacific Area can entice you with only a glance. And the best part about cruising such destinations is that you’ll get the chance to explore another side of local tourism. Bay taverns, local natural wonders, and breathtaking sceneries can lead to the best holiday experience for you.

Many people opt for renting a boat to explore the Mediterranean. This is one of the most sought sailing experiences since the Mediterranean Sea lies between Europe, Africa, and Asia. Since ancient times, this was a powerful trading route on the globe. Spending your holiday on Mediterranean waters will take you along the French Riviera, the Croatian Coast, or the Greek wonders. It is one of the most sought cruising destinations on the globe.

One of the prime destinations for boat rentals worldwide is Northern Europe. There are numerous areas to explore, ranging from breathtaking Norwegian fjords to novel architecture. Renting a boat in Northern Europe can help you explore gorgeous landscapes and the maritime area.

Atlantic Europe is yet another intriguing sailing destination. It encompasses northern Spain, the Channel coast, and Brittany from France, Portugal, and the Cantabrian Sea. These are some of the beloved cruising destinations in Western Europe. This is a culturally rich destination allowing you to explore beautiful natural landscapes and European treasures. 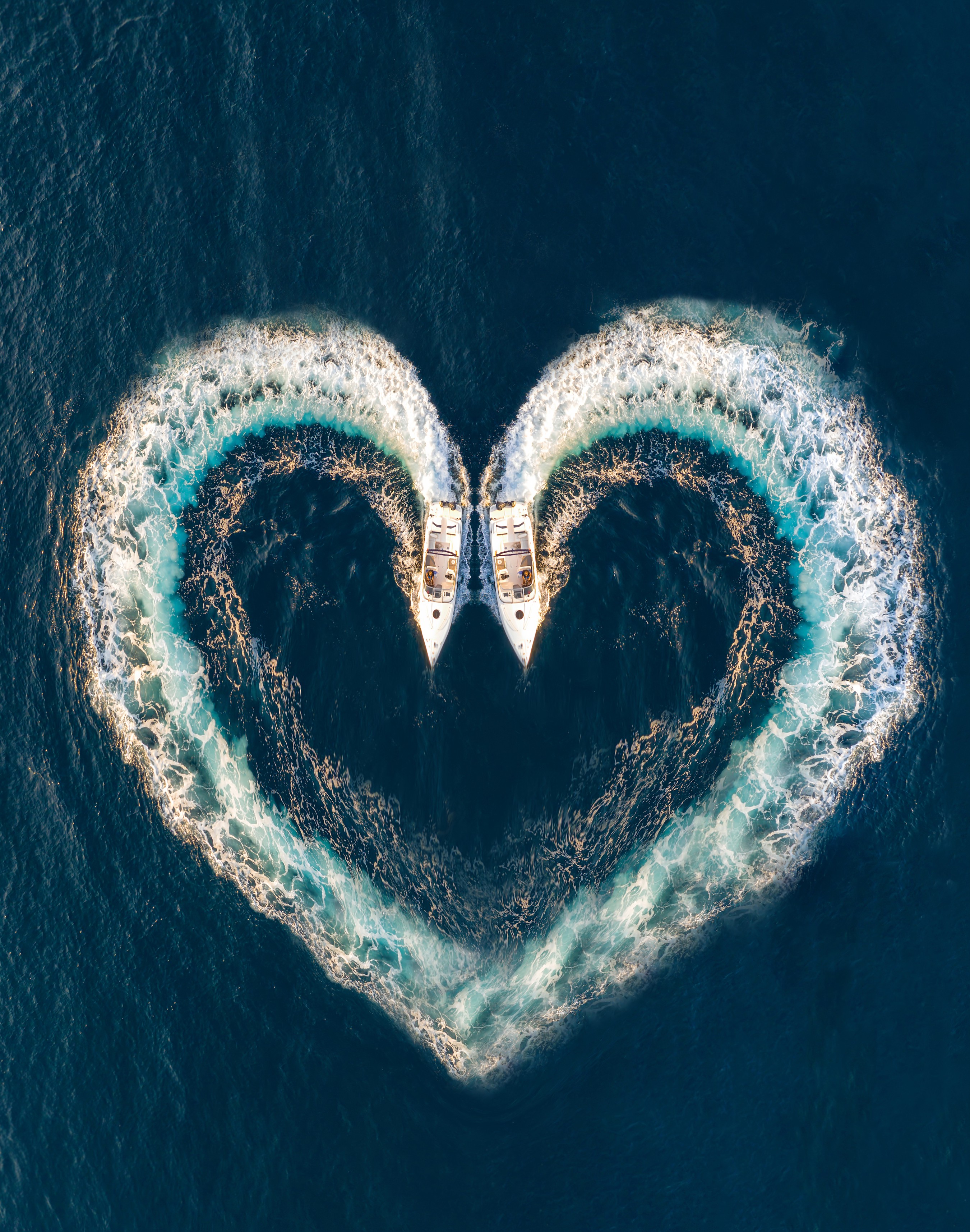 The Middle East is a dynamic area with top destinations such as Egypt, Israel, and the United Arab Emirates. If you’re looking forward to a unique holiday, cruising the Middle East is a good choice for you. Renting a boat to explore lavish areas like Dubai and Abu Dhabi will get you access to the region’s eccentricity. Cruising this region is an excellent opportunity to learn about new cultures and admire impressive sceneries.

Everyone wants to visit the Caribbean once in a lifetime! And this area is all about tropical islands and relaxation. It is a premium holiday destination thanks to its exquisite beaches, turquoise water, and overall tropical atmosphere. Boat rentals here are a must since they can offer a unique sailing experience. You can uncover hidden treasures all over the Caribbean, Bahamas, or Trinidad and Tobago.

Boat rentals with a skipper represent the most recommended holiday approach to relax and enjoy your destination without stress. Nowadays, there are numerous amenities you can benefit from while cruising. So, make sure you choose the best destination for you, along with a great cruising approach.

The climate throughout the year:

From April to November, the average temperature is between 20 and 25 °C.

The hottest season is in summer, with July having the peak temperature of about 35 °C

August is the driest month, March, October, and November have a high chance of precipitation.

The climate varies, summers are generally warm and winters are mild. The best time to visit the United Kingdom, Portugal, or Northern Spain is from June to August. From December to February it is often cold and cloudy.

The average temperature is 7 °C. January, August, September, October, November and December are rainy months. June is the sunniest month.

An average temperature of 19 °C. The sailing season runs from December to March.

The Caribbean waters have an average of 27 °C throughout the year. There are roughly 8-9 hours of sunshine every day.

If you prefer bareboat charters:

Because boat rental prices vary according to the season, yacht size, and boat type, we recommend you directly contact our travel experts to guide you with some suggestions. Keep in mind that in Croatia and Greece, July and August will be the busiest months of the year. We recommend booking a boat earlier to secure the best price for your boat rentals around the globe.